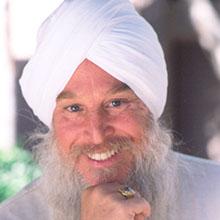 Tucson, AZ – Meditation and spiritual fitness are key components in reducing the risk of Alzheimer’s disease according to a new article, “Stress, Meditation, and Alzheimer’s Prevention: Where the Evidence Stands”, published in an early online version of the Journal of Alzheimer’s Disease 48(1). The print edition is scheduled to be published in August.

While preliminary studies have suggested a link between meditation, a sense of spirituality or faith and the risk of Alzheimer’s disease, the article’s author, Dharma Singh Khalsa, M.D., states that a cultivation of higher levels of psycho-social well-being, such as independence, resilience and life purpose represents “an important new frontier that deserves further research as it is freely available to anyone, anytime, anywhere.”

The article reviews decades of research into the impact that various meditation techniques have had on the prevention of Alzheimer’s disease, focusing on one evidence-based practice that Khalsa says can be a powerful part of any Alzheimer’s prevention and spiritual fitness program, Kirtan Kriya (KK), a meditation technique which has been successfully used to improve memory in studies of people with subjective cognitive decline and mild cognitive impairment.

Khalsa’s article highlights the principles and practices of this 12-minute meditation, with corresponding SPECT scans showing how it successfully activates the posterior cingulate gyrus, an important region of the brain that helps regulate memory and emotional function. The article also summarizes KK’s associated benefits, including a diminished loss of brain volume with age, significantly lower levels of depressive symptoms, and greater improvement of mental health, well-being and memory.

“We’ve been studying the impact of meditation on memory for more than 20 years, and are as encouraged as we’ve ever been on its powerful role in maximizing brain health,” said Khalsa, president and medical director of the Alzheimer’s Research and Prevention Foundation and a clinical associate professor of integrative medicine at the University of New Mexico School of Medicine. “Science is showing that meditation and spiritual fitness can be an important dimension in battling Alzheimer’s, and Kirtan Kriya is a safe, affordable, fast, and effective way to keep the brain spiritually fit.”

The full text of “Stress, Meditation, and Alzheimer’s Prevention: Where the Evidence Stands” can be accessed at http://content.iospress.com/articles/journal-of-alzheimers-disease/jad14....