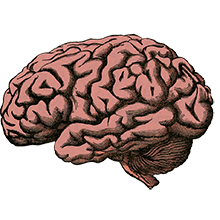 San Diego, CA, USA – Researchers at Shiley-Marcos Alzheimer’s Disease Research Center (ADRC), part of University of California San Diego School of Medicine, report that autopsies of patients diagnosed with Alzheimer’s disease (AD) when they were alive – and confirmed by autopsy – indicate many cognitive issues symptomatic of the condition are less noticeable in living Hispanic patients.

The findings, produced in collaboration with colleagues at the University of Southern California (USC), are published in the January 2019 issue of the Journal of Alzheimer’s Disease.

Authors say the data suggests it may be more difficult for clinicians to detect AD in its mild to moderate stages among living Hispanic patients compared to non-Hispanic patients. As a result, intervention and treatment could be delayed and less effective.

The scientists looked at patterns of neuropsychological deficits, vascular risk factors and neuropathological differences between the Hispanic and non-Hispanic patients, who were matched by age, education, global mental status and severity of functional decline at first diagnosis.

While the patient groups had similar overall AD pathology, the authors found, Hispanics with AD showed greater small blood vessel disease in the brain than non-Hispanics with AD, as well as increased amyloid angiopathy, the accumulation of protein fragments in blood vessels associated with AD.

“There have been very few autopsy studies in Hispanic elderly with Alzheimer’s disease that have allowed researchers to gain insight about factors that might make it more difficult to clinically diagnose the disease in this demographic,” said senior author David P. Salmon, PhD, professor in the Department of Neurosciences and Helen A. Jarrett Chair in Alzheimer’s Research at UC San Diego School of Medicine. “Information from our study can help guide how we assess living Hispanic patients who may have Alzheimer’s, to more accurately detect the disease in its early stages.”

AD affects 5.7 million Americans, with that number expected to nearly triple by 2050 without prevention or cure. Some studies suggest that the prevalence of dementia might be higher among Hispanics than non-Hispanic whites. Hispanics comprise the largest ethnic minority in the United States. By 2050, they are projected to represent nearly one-third of the total national population. In California and Texas, Hispanics already represent almost 40 percent of residents.

As those numbers grow, the authors said it will be vital that physicians and dementia clinicians use protocols that allow them to best assess this particular demographic, including measures of AD detection that take into account possible effects of bilingualism, educational disparities and cultural factors on neuropsychological procedures.

Their research suggests multiple factors can influence the assessment of severity and profile of cognitive deficits seen in AD, making it difficult to differentiate the disease from normal aging or other dementing disorders. The authors said further study of neuropsychological deficits associated with AD in elderly Hispanic patients, and consideration of possible health disparities and cultural adaptation of cognitive tests, is necessary.

“The evidence we found is important to moving forward because early identification of Alzheimer’s disease can allow for earlier implementation of treatments and interventions that prolong the life and well-being of patients and their caregivers,” said first author Gali Weissberger, PhD, a postdoctoral researcher at USC Keck School of Medicine.

“The majority of Alzheimer’s disease research has focused on non-Hispanic White populations, and findings from this study suggest that certain contextual factors may contribute to a different and less salient profile of cognitive deficits in Hispanic older adults. Findings support the critical need for additional research with minority groups.”

Disclosure: Salmon is a consultant with Takeda Pharmaceuticals, Inc. and receives compensation.