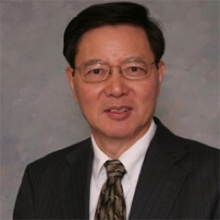 Amsterdam, NL – The Journal of Alzheimer’s Disease (JAD) is pleased to announce that Shi-Jiang Li, PhD, Professor of Biophysics, Radiology, and Psychiatry and Behavioral Medicine at the Medical College of Wisconsin, has been chosen as the recipient of the 2017 Alzheimer Award. It has been presented by the journal in recognition of his outstanding work on the development of the CARE index, potentially a significant new tool in the battle against Alzheimer’s disease (AD) that can be used to characterize risks associated with AD stages and quantify disease severity on an individual subject basis.

Each year, JAD’s Associate Editors select the best article from the previous year's volumes. The awardee is presented the Alzheimer Medal, a 3" bronze medal with the likeness of Alois Alzheimer and a cash prize of $7500. This annual award is made possible by support from IOS Press, publisher of JAD.

Using 10 available AD biomarkers, Dr. Li and his team created an index—termed the characterizing Alzheimer’s disease risk events, or “CARE,” index. “The CARE index constructed the main framework for biology-based AD stages and demonstrated that clinically diagnosed mild cognitive impairment subjects are biologically heterogeneous and are distributed across the AD continuum,” explained Dr. Li. “We believe the CARE index will have wide clinical applications. If the temporal course of disease progression is consistent with biomarker-defined events in individuals, we will have a crucial window of opportunity to intervene with disease-modifying therapy.”

Dr. Li continued, “I would like to acknowledge the contributions of my co-authors and investigators from the Alzheimer’s Disease Neuroimaging Initiative, whose work helped us shed light on the link between preclinical AD status and symptomatic onset that can be applied to accurately identify progressive AD trajectories. And I would like to thank the editors of the journal, who selected our paper among the hundreds published by the journal in 2016.”

Significance of the Study
AD is a complex, multifactorial disease. It has been difficult to develop a biomarker to closely link preclinical AD status with continuous disease development to accurately predict progressive AD trajectories, given the condition that the insidious disease onset often takes decades. Built on the advancement of the event-based probabilistic model in AD research (Young et al., Brain 137, 2564-2577, 2014), Dr. Li and co-investigators integrated the 10 available AD biomarkers to calibrate the temporal sequence of events that occur during the AD developmental continuum, formulating the CARE index. Their findings published in the article “Staging Alzheimer's Disease Risk by Sequencing Brain Function and Structure, Cerebrospinal Fluid, and Cognition Biomarkers” (Chen et al., J Alzheimers Dis 54, 983-993, 2016) demonstrated that the abnormal functional connectivity events in the hippocampus network and the default mode network are the “upstream” factors that occur before the abnormal Aβ and p-tau level events occur in the cerebrospinal fluid, supporting the network dysfunction hypothesis of AD.

The CARE index will facilitate clinical trials by selecting the right segmentation of patient populations based on their disease stages to enrich the response rate and statistical power; it can also be used to monitor and evaluate treatment efficacy through changes in stage status in individual subjects.

Alzheimer Award Recipient Shi-Jiang Li, PhD
Dr. Shi-Jiang Li graduated from the Department of Electronic Engineering from Tsinghua University, Beijing, China, in 1970; completed his master’s program training at the Institute of Biophysics, Chinese Academy of Sciences, in 1980; and received his PhD in biochemistry from The Ohio State University in 1985. He completed his postdoctoral fellowship training at the Johns Hopkins University, School of Medicine, in 1988. He joined the faculty of the Medical College of Wisconsin in 1988. He is currently Professor of Biophysics, Radiology, and Psychiatry and Behavioral Medicine. He published the first article to evaluate a resting-state fMRI index as a potential biomarker for Alzheimer’s disease (Li et al., Radiology 225, 253-259, 2002). From 2009 to 2016, he served as the Director of the Center for Imaging Research at the Medical College of Wisconsin. Since 1990, he has been continuously funded by the NIH and private foundation grants. He is a mentor and sponsor or co-sponsor of 21 current and former NIH career development awards trainees, postdoctoral fellows, and PhD students. In collaboration with his colleagues, his research focuses on the development of cutting-edge MRI technologies to study Alzheimer’s disease, drugs abuse, and human consciousness and translate the findings to clinical applications. He has published more than 110 articles, books, and chapters.

“The Associate Editors and I are delighted that through this award we are able to recognize work that represents a major advancement in the use of biomarkers to more accurately diagnose, characterize and track the progression of AD and contribute to personalized care,” commented George Perry, PhD, Editor-in-Chief, Journal of Alzheimer's Disease, and Dean of the College of Sciences and Professor of Biology at the University of Texas at San Antonio.

ABOUT THE JOURNAL OF ALZHEIMER’S DISEASE (JAD)
The Journal of Alzheimer's Disease (http://www.j-alz.com) is an international multidisciplinary journal to facilitate progress in understanding the etiology, pathogenesis, epidemiology, genetics, behavior, treatment, and psychology of Alzheimer's disease. The journal publishes research reports, reviews, short communications, book reviews, and letters-to-the-editor. Groundbreaking research that has appeared in the journal includes novel therapeutic targets, mechanisms of disease, and clinical trial outcomes. The Journal of Alzheimer's Disease has an Impact Factor of 3.731 according to Clarivate Analytics’ 2016 Journal Citation Reports®. JAD is published by IOS Press.