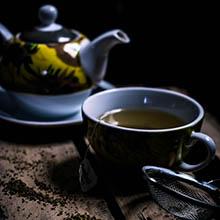 Doha, Qatar: New research from Qatar University College of Health Sciences (QU-CHS) and the School of Nursing at the University of Pennsylvania has found that higher tea intake is associated with reduced cognitive decline in adults.

Dementia is known to affect the quality of life, while cognition-related disorders such as mild cognitive impairment and Alzheimer’s disease are gradually increasing and becoming a global burden. This study, published in the Journal of Alzheimer’s Disease, may shed light on the potential role of tea consumption in preventing cognitive decline.

The study involved 4820 Chinese adults aged 55 years and above, who were followed up multiple times between 1997 and 2011. The study found that older adults who drank 4 cups or more of tea per day had higher cognitive function scores compared to those who did not drink tea, and had 25%-30% decreased risk of reporting poor memory or memory decline than those who did not drink tea.

The authors explained that the beneficial effect of tea on cognition may be attributed to one family of compounds in tea called ‘polyphenols’, which previous research has suggested its antioxidative and anti-inflammatory effects. The senior and corresponding author Professor Zumin Shi, from the Human Nutrition Department from QU-CHS, highlighted that the cognitive protective effect of tea may be due to the synergistic effect of several of its chemical components rather than a single compound, as it contains several important nutrients, such as vitamin C. The authors also added that previous research suggests that tea intake may decrease serum concentrations of total cholesterol and lower the risk of hypertension, both of which are linked with cognitive dysfunction. Consequently, tea intake may indirectly have a positive impact on cognitive health by decreasing the risk of relevant health problems.

Interestingly, the authors further examined if the relationship between tea and cognition is affected by other nutrients in the diet. Ms. Layan Sukik, the first author of the study and current master’s student at QU-CHS from the Human Nutrition Department, pointed out: ‘Iron intake had no negative effect on cognitive health among those who drank tea but had a negative effect among those who did not drink tea.’ It was further explained by co-author Dr. Jianghong Liu, from School of Nursing at University of Pennsylvania, that the beneficial effect of tea on cognitive function may be through the protective role of tea against the negative effect of high iron intake on cognitive health.

QU- CHS Dean Dr Hanan Abdul Rahim, commented on the study: “Although more studies are needed to understand the relationship between cognitive function, tea, and iron intake, the finding has public significance as drinking tea is common in many cultures. The study may provide a way to prevent cognition decline through lifestyle change”.