What if you could know that your mild cognitive impairment wouldn't progress in the next decade through the result of two simple neuropsychological tests? 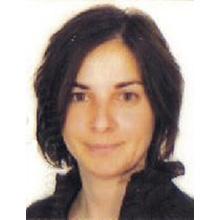 Lisbon, Portugal - Researchers from the Lisbon School of Medicine, University of Lisbon found that, in some mild cognitive impairment patients, real neuropsychological stability over a decade is possible and that long-term stability could be predicted based on neuropsychological tests measuring memory and non-verbal abstract reasoning.

In their work, with 10 years of follow-up, independently of the association of one verbal memory delayed measure at baseline with long-term stability, the performance on the Raven’s Progressive Matrices at the baseline was the stronger neuropsychological predictor of long-term clinical stability. Each additional point in the total score of the Raven’s Progressive Matrices at baseline increased the probability of long-term stability about 2 fold.

Raven’s Progressive Matrices constitute a non-verbal reasoning measure of ﬂuid-type intelligence, which is predictive of a general ability to do well, calling for novel problem solving and reﬂecting current ability for abstract thought and reasoning. Although the diagnosis of mild cognitive impairment (MCI) corresponds to a condition likely to progress to dementia, it is known that some patients may maintain the diagnosis of MCI even after many years.

The team at the Faculty of Medicine of Lisbon sought to determine whether patients that maintain the diagnosis of MCI in the long term were really stable or just declining slowly, and to identify baseline neuropsychological characteristics associated with long-term stability.

Participants were selected from the Cognitive Complaints Cohort (CCC), established in a prospective study conducted at the Faculty of Medicine, University of Lisbon, to investigate the cognitive stability or evolution to dementia of patients with cognitive complaints, based on a comprehensive neuropsychological evaluation and other biomarkers.

The Cognitive Complaints Cohort (CCC) was searched for MCI cases who maintained that diagnosis for at least 10 years. For each long-term-stable MCI patient, two MCI patients that converted to dementia during follow-up, matched for age and education, were selected from the same database.

Twenty-two patients in the CCC met criteria for long-term-stable MCI, representing 3.4% of the 655 MCI patients having follow-up in the CCC.

Time of follow-up was on average 11 years for long-term-stable MCI and 3 years for converter MCI.

The baseline and follow-up neuropsychological tests were not significantly different in long-term-stable MCI patients, whereas a general decline was observed in converter MCI patients.

“It was striking to find that some patients with MCI do remain clinically and neuropsychologically stable for a decade” said Luísa Alves, first author of the study.

"The proportion of long term stable MCI was higher than we anticipated" commented Manuela Guerreiro, the neuropsychologist who evaluated the participants.

"We were surprised to find that the long term clinical stability of MCI patients corresponded to real neuropsychological stability in all the studied cognitive domains" said Alexandre de Mendonça, chief Investigator at the Faculty of Medicine.

“It was puzzling to be able to predict long term stability based on simple neuropsychological tests” referred Dina Silva, co-funder of the CCC.

ABOUT THE LISBON SCHOOL OF MEDICINE
The Lisbon School of Medicine is a higher education institution integrated into the University of Lisbon. Its mission is the teaching of pre-graduate medical sciences. In cooperation with the Institute of Molecular Medicine and with the Santa Maria Hospital, the Faculty integrates the Centro Académico de Medicina de Lisboa (Academic Centre for Medicine of Lisbon), which represents an innovative concept in the organization of teaching, research and differentiated medical practice centers.

ABOUT THE JOURNAL OF ALZHEIMER’S DISEASE
Celebrating its 20th anniversary in 2018, the Journal of Alzheimer's Disease is an international multidisciplinary journal to facilitate progress in understanding the etiology, pathogenesis, epidemiology, genetics, behavior, treatment and psychology of Alzheimer's disease. The journal publishes research reports, reviews, short communications, book reviews, and letters-to-the-editor. Groundbreaking research that has appeared in the journal includes novel therapeutic targets, mechanisms of disease and clinical trial outcomes. The Journal of Alzheimer's Disease has an Impact Factor of 3.731 according to the 2016 Journal Citation Reports® (Clarivate Analytics, 2017). www.j-alz.com