Antihypertensive Drug Use Associated with a Decreased Dementia Risk in Almost 25,000 Elderly Persons Followed in General Practices in Germany 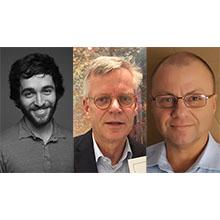 Frankfurt, Germany – Various clinical trials indicate what effects can be expected from standardized intervention programs on the basis of existing evidence. Little is known about the way in which such programs can be implemented in actual care practice. However, it may be possible to use data from clinical practice to estimate the potential of drug prescriptions to delay or reduce the development of dementia. The goal of the present study, which will be published in an upcoming issue of the Journal of Alzheimer’s Disease, was to investigate the relationship between antihypertensive drug use and dementia in elderly persons followed in general practices in Germany.

“After another setback for the anti-amyloid strategy, dementia prevention is increasingly becoming an area of interest,” explains Dr. Jens Bohlken, MD, PhD, from the Institute of Social Medicine, Occupational Health and Public Health (ISAP) from the Medical Faculty of the University of Leipzig, Germany. “In view of this, our most important task is to find existing therapies that are associated with a reduction in dementia risk or at least an extension of the time to dementia onset."

This study was based on data from the Disease Analyzer database (IQVIA), which compiles drug prescriptions, diagnoses, and basic medical and demographic data obtained directly and in anonymous format from computer systems used in the practices of general practitioners and specialists. This study included patients with documented blood pressure values and an initial diagnosis of all-cause dementia in 739 general practices in Germany between January 2013 and December 2017 (index date). Inclusion criteria were as follows: age ≥60 years at the index date, observation time of at least 12 months prior to the index date, and hypertension diagnosis prior to the index date. After applying similar inclusion criteria, dementia cases were matched to non-dementia controls using propensity scores based on age, sex, index year, and co-diagnoses (i.e. diabetes mellitus, hyperlipidemia, stroke including transient ischemic attack, coronary heart disease, depression, intracranial injury, Parkinson’s disease, osteoporosis, and epilepsy). For the controls, the index date was that of a randomly selected visit between January 2013 and December 2017.

The main outcome of the study was the incidence of dementia as a function of the use of antihypertensive drugs (i.e. diuretics, beta blockers, calcium channel blockers, angiotensin-converting enzyme [ACE] inhibitors, and angiotensin II receptor blockers).

Three logistic regression models were conducted to study the association between the use of antihypertensive drugs and dementia incidence after adjusting for blood pressure (first model: ever versus never use; second model: ≥3 versus

“Antihypertensive therapy alone cannot guarantee that dementia will never occur,” noted corresponding author Prof. Karel Kostev, PhD, from the Epidemiology Department of IQVIA, Germany.“However, these findings highlight the importance of the prescription of antihypertensive drugs in the context of preventing hypertension-associated cognitive decline.”

The authors of the study also note: “Further studies are needed to gain a better understanding of the medications associated with a decreased risk of dementia. We plan to investigate the role of lipid-lowering drugs, antidepressants, and further medications in the future.”

The study is subject to some limitations, as the patients in the study were 60 or older, and this inclusion criterion was necessary for identifying dementia. However, previous research has shown that it is important for a life course-related prevention strategy to initiate hypertension treatment at a younger age. Moreover, data on patients’ lifestyle factors, including smoking and physical activity, education, and job, were also lacking. The strengths of this study are the number of patients available for analysis, which allowed the use of a case-control design, and the use of real-world data, with different diagnoses and medications available for analysis.

NOTES FOR EDITORS
Full study: “The Relationship Between the Use of Antihypertensive Drugs and the Incidence of Dementia in General Practices in Germany” by Jens Bohlken, Louis Jacob, and Karel Kostev (DOI: 10.3233/JAD-190362), published online in the Journal of Alzheimer’s Disease in advance of publication of Volume 70, Issue 1 by IOS Press. The study is available at: https://content.iospress.com/articles/journal-of-alzheimers-disease/jad190362.

The study was not funded by any pharmaceutical companies and is a result of the independent research activities of IQVIA.

About the Journal of Alzheimer’s Disease
The Journal of Alzheimer's Disease (JAD) is an international multidisciplinary journal to facilitate progress in understanding the etiology, pathogenesis, epidemiology, genetics, behavior, treatment, and psychology of Alzheimer's disease. The journal publishes research reports, reviews, short communications, book reviews, and letters-to-the-editor. Groundbreaking research that has appeared in the journal includes novel therapeutic targets, mechanisms of disease and clinical trial outcomes. JAD has an Impact Factor of 3.476 according to the 2017 Journal Citation Reports (Clarivate Analytics, 2018). j-alz.com