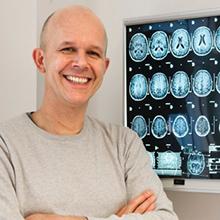 A new study by researchers at Neuroscience Research Australia (NeuRA) has identified the emergence of positive changes that occur after a person has been diagnosed with dementia.

The first of its kind, the study has confirmed anecdotal evidence that creative skills such as painting, drawing, or singing – which were not previously evident in an individual – can emerge or improve in people with Alzheimer’s disease and frontotemporal dementia. “Our study shows that individuals with dementia can display new creative behaviours and skills despite also experiencing the cognitive and functional decline that is typical of dementia,” says lead author Assoc Prof Olivier Piguet. The study analysed the responses of 185 carers to a novel questionnaire developed in collaboration with Prof Akira Midorikawa, first author on the study and visiting scholar at NeuRA. The Hypersensory and Social/Emotional Scale (HSS) aims to measure the difference in behaviours of patients before their dementia diagnosis and at the current time.

The study revealed that significant changes were seen in sensory processing in people with Alzheimer’s dementia and frontotemporal dementia and the emergence or increase in positive behaviours such as musical activities in a subset of individuals.

“A possible explanation for why this is happening is that dementia is a progressive brain disease. Brain atrophy is relatively focal at the beginning. However, as the disease progresses and the atrophy becomes more diffuse, it can result in the release of ‘spared’ functions supported by brain regions that are less affected. Music activities, for instance, appear to rely on widespread brain networks where brain pathology is not as severe as the regions supporting other cognitive activities, such as memory or language, that tend to decline markedly in people with dementia.”

Assoc Prof Piguet also noted that shifting the focus from what someone with dementia may lose to the skills they retain or even gain may have a beneficial effect on both the patient and carer. This study also contributes to an improved understanding of dementia syndromes.

ABOUT THE JOURNAL OF ALZHEIMER’S DISEASE (JAD)
The Journal of Alzheimer's Disease (http://www.j-alz.com) is an international multidisciplinary journal to facilitate progress in understanding the etiology, pathogenesis, epidemiology, genetics, behavior, treatment and psychology of Alzheimer's disease. The journal publishes research reports, reviews, short communications, book reviews, and letters-to-the-editor. The Journal is published by IOS Press (www.iospress.com).

If you require further information or would like to interview Assoc Prof Olivier Piguet please contact Chelsea Hunter at the NeuRA Media Office on 02 9399 1046 or 0403 860 558.

NeuRA is one of the largest independent centres of research on the brain and nervous system in Australia.
Neuroscience Research Australia, Barker Street Randwick NSW 2031