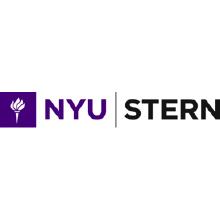 New York, NY - In a new paper published by The Journal of Alzheimer’s Disease, Professor Melissa Schilling, a strategy and innovation expert at the NYU Stern School of Business, uncovers a surprising new connection between diabetes and Alzheimer’s disease: hyperinsulinemia, which is most often caused by prediabetes, early or undiagnosed diabetes, or obesity, is responsible for almost half of all cases of Alzheimer’s disease.

The American Diabetes Association estimates that roughly 8.1 million Americans have undiagnosed diabetes and 86 million have prediabetes.

Professor Schilling conducted a large-scale review across disciplines of hundreds of published articles specific to the pathway between insulin and Alzheimer’s disease and focused on incongruencies in the literature. What she discovered, as a result, was a significant and new understanding of the relationship between these two distinctive diseases.

“What I’ve learned from my innovation research is that specialists can become trapped in the logic of their field, so new perspectives often come from outsiders,” said Professor Schilling. “If we can raise awareness and get more people tested for hyperinsulinemia, especially those who have been diagnosed with or who are at risk for dementia, it could significantly lessen the incidence of Alzheimer’s disease and vascular dementia, as well as other diabetes-related health problems.”

The findings have significant implications for both policy and practice, according to Professor Schilling: