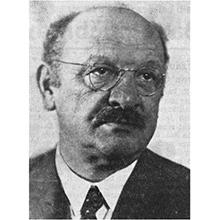 San Antonio, TX, USA – To expand the understanding and explanation of Alzheimer’s disease, United States businessman James Truchard has given a $5 million USD gift to The University of Texas at San Antonio (UTSA) College of Sciences to establish the Oskar Fischer Project. The initiative will engage the world’s brightest minds in a comprehensive literature review with the goal of synthesizing that information into one simple explanation for the cause of Alzheimer’s disease. The challenge was announced today during the Society for Neuroscience’s annual meeting, an international gathering of nearly 30,000 scientists taking place through Nov. 7 in the United States.

Truchard, retired president and chief executive officer of United States-based technology company National Instruments, conceptualized and established the Oskar Fischer Project to engage the world’s brightest minds. The challenge will award up to $4 million USD in Oskar Fischer Prizes, including a grand prize of $2 million, two second place prizes of $500,000 each and four third place prizes of $250,000 each. Collectively, the monetary awards are the world’s largest prizes of their kind.

Through personal research, Truchard, 75, was introduced to the work of Oskar Fischer (1876-1942), a Jewish pioneer in neuroscience who studied dementia at the same time as Alois Alzheimer. In 1900, Fischer began working at Charles University’s German University, based in Prague. His research led to the identification of senile plaques (then called neuritic plaques), the signature lesions of Alzheimer’s disease.

Fischer hypothesized that the plaques were associated with presbyophrenia, then characterized as a form of senile dementia marked by memory loss, memory distortions and disorientation. He published on 12 patients with plaques and tangles, protein strands that appear during Alzheimer’s disease, in 1907, the same year that Alzheimer published on one patient with early onset Alzheimer’s.

Fischer remained at the German University until he was removed in 1939. Two years later, he was sent to Theresienstadt in Terezín, a way station for Auschwitz and Treblinka. He died in 1942, unable to survive the harsh conditions of the concentration camp.

“A century has passed since Oskar Fischer’s seminal work, and tens of billions have been spent around the world on research and potential cures. Over 130,000 research papers have been published and yet no definitive explanation and cure for Alzheimer’s has been found,” said Truchard. “We need to look at Alzheimer’s as a big complex puzzle with a missing piece. We need a brilliant individual who can take all of the pieces and consider what each offers, and then develop one explanation that fits because it pulls all of the pieces together and makes the puzzle whole.”

According to the World Alzheimer Report 2018 by Alzheimer’s Disease International (ADI), an estimated 50 million people worldwide are living with dementia at a cost of $1 trillion to the global economy. That population is expected to more than triple by the year 2050, according to ADI, which also reports that the global ratio of publications on neurodegenerative disorders versus cancer is just one to 12.

“The Oskar Fischer Project will take a new systems approach to the research on Alzheimer’s, building on the work Oskar Fischer started over a century ago,” said George Perry, chief scientist of the UTSA Brain Health Consortium. “Jim Truchard’s generous gift will create an international forum to assess that work and bring forward an explanation that will advance society’s understanding of the disease.”

The University of Texas at San Antonio, a world leader in brain health research, will incubate the two-year challenge. In the UTSA Brain Health Consortium, 38 of the nation’s brightest scientists are engaged in research on brain mechanisms and therapeutics. The university’s researchers have expertise in neurodegenerative disease, brain circuits and electrical signaling, traumatic brain injury, regenerative medicine and stem cell therapies, medicinal chemistry and drug design, neuroinflammation, and psychology.

“Through Jim Truchard’s support, the Oskar Fischer Project will accelerate our shared mission of unraveling the mysteries of neurodegeneration through engagement with the smartest thinkers around the world,” said UTSA President Taylor Eighmy.

Truchard added, “I truly believe that Alzheimer’s disease is multifaceted; it’s about lifestyle, heredity and brain regression. It’s important to look at all possible solutions. This contest will bring together the world’s best minds to consider the entire story.”

UTSA will work closely with an interdisciplinary committee of outstanding scientists from Texas to award the Oskar Fischer Prizes. The call for proposals will open in February 2019 and will continue through the two-year term of the project.

Caption:
Oskar Fischer (1876-1942) was a Jewish pioneer in neuroscience who studied dementia at the same time as Alois Alzheimer. In 1907, he published on 12 patients with senile plaques and tangles, the same year that Alzheimer published on one patient with early onset Alzheimer's.

About The University of Texas at San Antonio
The University of Texas at San Antonio (UTSA) is a public urban serving university specializing in health, cybersecurity, energy, sustainability, and human and social development. With more than 32,000 students, it is the largest university in the San Antonio metropolitan region. UTSA advances knowledge through research and discovery, teaching and learning, community engagement and public service. The university embraces multicultural traditions and serves as a center for intellectual and creative resources as well as a catalyst for socioeconomic development and the commercialization of intellectual property—for Texas, the nation and the world. Learn more online, on Facebook, on Twitter, on Instagram or on UTSA Today.