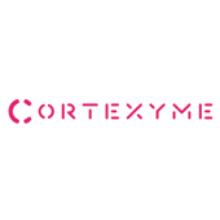 San Francisco, CA, USA – Cortexyme, Inc. (Nasdaq: CRTX), a clinical stage biopharmaceutical company pioneering a novel, disease-modifying therapeutic approach to treat what it believes to be a key underlying cause of Alzheimer’s disease (AD) and other degenerative diseases, today announced the publication of research further documenting the ability of the pathogen Porphyromonas gingivalis to invade neurons and trigger Alzheimer’s-like neuropathology. The findings are to be published in the June 2020 issue of the Journal of Alzheimer’s Disease; an early online version of the paper is available now so that the important findings can be rapidly disseminated to the research community.

“P. gingivalis is best known for its role as a primary driver of chronic periodontal disease, but researchers at Cortexyme and independent labs around the world have assembled a compelling body of data on its ability to infiltrate the brain and cause pathology characteristic of Alzheimer’s disease,” said Stephen Dominy, MD, Cortexyme’s chief scientific officer and co-founder, and co-author on the paper. “This latest research strengthens the connection between P. gingivalis and Alzheimer’s, and underscores the importance both of studying the pathogen and targeting it with potential therapeutics, such as COR388.”

As a Gram-negative, asaccharolytic bacterium, P. gingivalis breaks down proteins for its primary source of energy by utilizing toxic virulence factor proteases known as gingipains. Previous research led by the team at Cortexyme has demonstrated the presence of gingipains in greater than 90% of post-mortem brains of patients with AD. Cortexyme and others have also shown in animal models that P. gingivalis results in brain infection and classic AD pathology, including neurodegeneration, inflammation, beta-amyloid and tau pathology. 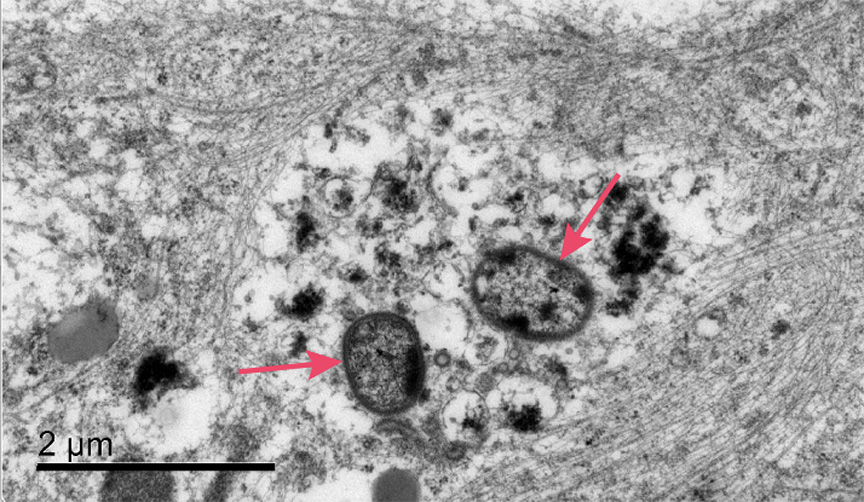 In the JAD paper, researchers demonstrate for the first time in vitro that P. gingivalis can invade and persist in mature human neurons expressing active gingipains, and that these P. gingivalis-infected neurons display signs of Alzheimer’s-like neuropathology, including:

“This research sheds new light on the ability of P. gingivalis to persistently infect and trigger Alzheimer’s-like pathology in human neurons, providing additional evidence for the gingipain hypothesis of Alzheimer’s causation that Cortexyme and our fellow researchers are aggressively pursuing,” said Casey Lynch, chief executive officer, chair, and co-founder of Cortexyme. “We believe gingipain inhibition has the potential to be an important, differentiated mechanism of action against AD, and are committed to fully evaluating its potential in the GAIN Trial, the ongoing Phase 2/3 clinical study of COR388, our lead investigational medicine, in mild to moderate Alzheimer’s disease.”

For more information on the research described above, view the early online version of the paper here.

NOTES FOR EDITORS
Full open access study: “Alzheimer’s Disease-Like Neurodegeneration in Porphyromonas gingivalis Infected Neurons with Persistent Expression of Active Gingipains" (DOI: 10.3233/JAD-200393) has been published online in the Journal of Alzheimer’s Disease, ahead of Volume 75, issue 4 (scheduled for June 2020). View the study at: content.iospress.com/articles/journal-of-alzheimers-disease/jad200393.

About Cortexyme, Inc.
Cortexyme (Nasdaq: CRTX) is a clinical stage biopharmaceutical company pioneering a novel, disease-modifying therapeutic approach to treat what it believes to be a key underlying cause of Alzheimer’s disease and other degenerative diseases. Cortexyme is targeting a specific, infectious pathogen found in the brain of Alzheimer’s patients and tied to neurodegeneration and neuroinflammation in animal models. The company’s lead investigational medicine, COR388, is the subject of the GAIN Trial, an ongoing Phase 2/3 clinical study in patients with mild to moderate Alzheimer’s. cortexyme.com

Forward-Looking Statements
Statements in this press release contain “forward-looking statements” that are subject to substantial risks and uncertainties. Forward-looking statements contained in this press release may be identified by the use of words such as “anticipate,” “expect,” “believe,” “will,” “may,” “should,” “estimate,” “project,” “outlook,” “forecast” or other similar words. Examples of forward-looking statements include, among others, statements we make regarding our business plans and prospects, cash forecasts, the timing and success of our clinical trials and related data, the timing of announcements and updates relating to our clinical trials and related data, the timing of and our ability to enroll patients into our clinical trials, and the potential therapeutic benefits, safety and efficacy of our product candidate or library of compounds. Forward-looking statements are based on Cortexyme’s current expectations and are subject to inherent uncertainties, risks and assumptions that are difficult to predict and could cause actual results to differ materially from what we expect. Further, certain forward-looking statements are based on assumptions as to future events that may not prove to be accurate. Factors that could cause actual results to differ include, but are not limited to, the risks and uncertainties described in the section titled “Risk Factors” in our Annual Report on Form 10-K filed with the Securities and Exchange Commission (SEC) on March 16, 2020, and other reports as filed with the SEC. Forward-looking statements contained in this press release are made as of this date, and Cortexyme undertakes no duty to update such information except as required under applicable law.