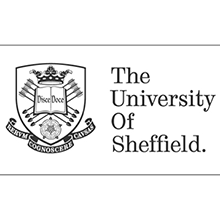 Sheffield, UK – A new link between diminished input from dopamine-firing cells deep inside the brain and the ability to form new memories could be crucial in detecting the earliest signs of Alzheimer’s disease.

Scientists from the National Institute for Health Research (NIHR) Sheffield Biomedical Research Centre at the University of Sheffield have discovered a loss of cells that use dopamine – a neurotransmitter that has a number of functions including regulating movement and emotional responses – may cause the part of the brain responsible for forming new memories to function less effectively.

The findings could revolutionise screening for the early signs of Alzheimer’s disease – which affects more than 520,000 people in the UK – changing the way brain scans are acquired and interpreted as well as using different memory tests.

Lead author of the study, Professor Annalena Venneri, from the Sheffield Institute for Translational Neuroscience (SITraN) at the University of Sheffield, said: “Our findings suggest that if a small area of brain cells, called the ventral tegmental area, does not produce the right amount of dopamine for the hippocampus, a small organ located within the brain’s temporal lobe, it will not work efficiently.

“This is the first study to demonstrate such a link in humans.”

The results showed a key link between the size and function of the ventral tegmental area, the size of the hippocampus and the ability to learn new material.

“More studies are necessary, but these findings could potentially lead to a new way of screening the elderly population for early signs of Alzheimer’s disease, changing the way brain scans are acquired and interpreted and using different memory tests,” said Professor Venneri, who is also an Honorary Consultant at Sheffield Teaching Hospital NHS Foundation Trust.

“Another possible benefit is that it might lead to a different treatment option with the potential to change or halt the course of the disease very early, before major symptoms manifest.

“We now want to establish how early alterations in the ventral tegmental area can be seen and also test whether these alterations can be counteracted with treatments already available.”

The results of the study are published today (27 March 2018) in the Journal of Alzheimer’s Disease.

This study has been completed at the NIHR Biomedical Research Centre (BRC) in Sheffield, which is dedicated to translational neuroscience for chronic neurological disorders. The Centre was launched in April 2017.

The NIHR Sheffield Biomedical Research Centre is a research partnership between the University of Sheffield and Sheffield Teaching Hospitals NHS Foundation Trust, dedicated to improving the treatment and care of people living with chronic neurological disorders.

A member of the UK’s prestigious Russell Group of leading research-led institutions, Sheffield offers world-class teaching and research excellence across a wide range of disciplines.

Unified by the power of discovery and understanding, staff and students at the university are committed to finding new ways to transform the world we live in.

Sheffield is the only university to feature in The Sunday Times 100 Best Not-For-Profit Organisations to Work For 2017 and was voted number one university in the UK for Student Satisfaction by Times Higher Education in 2014. In the last decade it has won four Queen’s Anniversary Prizes in recognition of the outstanding contribution to the United Kingdom’s intellectual, economic, cultural and social life.

Sheffield has six Nobel Prize winners among former staff and students and its alumni go on to hold positions of great responsibility and influence all over the world, making significant contributions in their chosen fields.

To read other news releases about the University of Sheffield, visit http://www.shef.ac.uk/news

Established by the Department of Health and Social Care, the NIHR:

ABOUT THE JOURNAL OF ALZHEIMER’S DISEASE
Celebrating its 20th anniversary in 2018, the Journal of Alzheimer's Disease is an international multidisciplinary journal to facilitate progress in understanding the etiology, pathogenesis, epidemiology, genetics, behavior, treatment and psychology of Alzheimer's disease. The journal publishes research reports, reviews, short communications, book reviews, and letters-to-the-editor. Groundbreaking research that has appeared in the journal includes novel therapeutic targets, mechanisms of disease and clinical trial outcomes. The Journal of Alzheimer's Disease has an Impact Factor of 3.731 according to the 2016 Journal Citation Reports® (Clarivate Analytics, 2017). www.j-alz.com