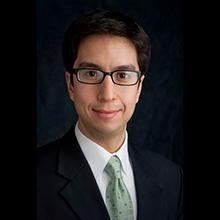 Los Angeles, CA/Pittsburgh, PA - A new study shows that a variety of physical activities from walking to gardening and dancing can improve brain volume and cut the risk of Alzheimer’s disease by 50%.

This research, conducted by investigators at UCLA Medical Center and the University of Pittsburgh, is the first to show that virtually any type of aerobic physical activity can improve brain structure and reduce Alzheimer’s risk. The study, funded by the National Institute of Aging, was published on March 11 in the Journal of Alzheimer’s Disease.

The researchers studied a long-term cohort of patients in the 30-year Cardiovascular Health Study, 876 in all, across four research sites in the United States. These participants had longitudinal memory follow up, which also included standard questionnaires about their physical activity habits. The research participants, age 78 on average, also had MRI scans of the brain analyzed by advanced computer algorithms to measure the volumes of brain structures including those implicated in memory and Alzheimer’s such as the hippocampus. The physical activities performed by the participants were correlated to the brain volumes and spanned a wide variety of interests from gardening and dancing to riding an exercise cycle at the gym. Weekly caloric output from these activities was summarized.

Said lead author Cyrus A. Raji, MD, PhD, of UCLA, “This is the first study in which we have been able to correlate the predictive benefit of different kinds of physical activity with the reduction of Alzheimer’s risk through specific relationships with better brain volume in such a large sample.”

According to the Alzheimer’s Association, Alzheimer’s disease currently affects 5.1 million Americans and is projected to increase to 13.8 million over the next 30 years.

Dr. Raji commented, “We have no magic bullet cure for Alzheimer’s disease. Our focus needs to be on prevention.”