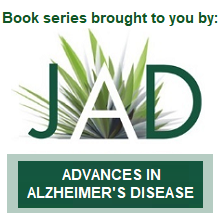 Significant evidence links elevated air pollution exposure to an increased risk of Alzheimer’s disease and other neurodegenerative disorders, with early signs of disease found even in toddlers and young adults with sustained high exposure, according to new research published in the Advances in Alzheimer’s Disease book series (AIAD Voume 8)

Amsterdam, NL – There is growing awareness that air pollutants are playing a critical role in the development of neurodegenerative diseases. A new book, Alzheimer’s Disease and Air Pollution: The Development and Progression of a Fatal Disease from Childhood and the Opportunities for Early Intervention, edited by Lilian Calderón-Garcidueñas, MD, PhD, compiles the latest research establishing links between air pollution and neurodegeneration. It is part of the Advances in Alzheimer’s Disease series, published by IOS Press.

Dr. Calderón-Garcidueñas, University of Montana and Universidad del Valle de Mexico, recalls looking at a slide of brain cells from an 11-year-old child who died in an automobile accident in Mexico City and seeing positive neurites and tangles usually associated with Alzheimer’s disease. “It gave me a sudden intense fear,” she says. “It has since become clear that for residents of Mexico City exposed to concentrations of air pollution above US Environmental Protection Agency (EPA) standards, Alzheimer’s disease starts in early childhood and progresses for the first four decades. The concept of a long asymptomatic period decades prior to clinical cognitive impairment does not apply for millions of people massively exposed day in and day out to polluted environments.”

More than 40 chapters organized into six sections present new research findings and overviews, ranging from epidemiological studies establishing a strong link between dementia and particulate matter and ozone; to papers describing the properties of pollution; and works describing the intricate pathways that take normal neurons to ghost tangles surrounded by a devastated brain. Discussions of how neuroinflammation, traffic, air pollution, and tobacco smoke damage the brain and why years of education matter when the brain impact of pollutants are included.

The book begins with a comprehensive overview [1] of the sources of nanoparticles and their formation in urban traffic-influenced environments. Generally defined as particles smaller than 100 nm in size, nanoparticles have been found in very high concentrations in the ambient air in heavily trafficked urban areas. Particulate matter pollution is associated with a variety of diseases, including Alzheimer’s disease and other neurological disorders. Particulate matter is emitted by gasoline vehicles, diesel vehicles, and vehicles using ethanol or gaseous fuels. It is formed both from wheel brakes and from gaseous emissions. Thus, there is no single solution such as focusing on a type of vehicle or engine. There are technological solutions, however, that clearly decrease the nanoparticle emissions of motor vehicles, and these technologies should be favored when developing emission regulations and air quality standards.

Cognitive performance and the fact that levels of air pollutants, accumulated lifetime exposure, and the specific characteristics of the pollution all play a role in neural effects are discussed in this book. The book includes a state-of-the-art review [2] of environmental epidemiological studies on the association between traffic-related air pollution exposure and neurodegenerative diseases in the elderly. While the exact mechanisms are largely unknown, there is a growing body of evidence that higher exposure to traffic-related air pollution is associated with a range of neurodegenerative diseases. Unlike many personal risk factors for neurodegeneration, such as smoking or high blood pressure, traffic pollution is ubiquitous and cannot easily be avoided. The authors note the enormous potential for health benefits and healthcare cost-savings if the risk from traffic pollution could be reduced. The book also presents research on ozone, a likely “hidden player” in neurodegeneration.

In another study [3], exposure to mixed gasoline and diesel engine emissions (MVE) increased the expression of factors in the central nervous system associated with Alzheimer’s disease. Young and aged mice were exposed to either MVE or filtered air for six hours a day, seven days a week, for 50 days. Age-related increases in oxidative stress and the expression of Aβ and other markers for Alzheimer’s disease were observed. In older MVE-exposed mice, significant increases in the markers were seen compared to young and aged FA-exposed mice. The findings highlight the need to identify pollutants that contribute to Alzheimer’s disease for regulatory action and mechanistic pathways for preventive and therapeutic targets.

The book includes a section on the early detection of Alzheimer’s disease in children and young adults exposed to air pollution. A study [4] illustrates the significant risks this type of environment holds for the development of Alzheimer’s disease even early in life. Five hundred and seventeen young residents of Metropolitan Mexico City and other urban areas in Mexico with particulate matter concentrations greater than EPA standards were screened for cognitive impairment using the Montreal Cognitive Assessment (MoCA). Normal subjects score 26 or higher, making them unlikely to meet clinical standards for mild cognitive impairment (MCI). A score below 25 indicates MCI is likely. Fifty-five percent of these seemingly healthy young participants scored in the MoCA score range for MCI and dementia. Identifying and lowering key neurotoxicants and monitoring cognitive performance is encouraged to facilitate early diagnosis and prevention of Alzheimer’s disease in high-risk young populations.

The final section of the book explores air pollution and mental disorders, neurotoxicity, and the possible link between SARS-CoV-2 and the worsening of neurodegeneration. The underlying mechanisms and scale of air pollution effects remain largely unknown due to chemical and physical complexity. Individual responses to air pollution are shaped by the interface of pollutant mixture with the biological features of the exposed individual, such as age, sex, and genetic background, but also other environmental factors including exposure to cigarette smoke.

“Alzheimer’s Disease and Air Pollution brings to light our only hope,” explains Dr. Calderón-Garcidueñas. “Prevention is at hand and if we can protect millions of people exposed to air pollutants and ameliorate their brain effects, we will be on the right path to have a clean planet free of Alzheimer’s disease.”

“Dr. Calderón-Garcidueñas is a pioneer in establishing a major environmental contributor to Alzheimer’s and other chronic diseases. Addressing this modifiable factor, this volume provides new direction on improving public health,” commented George Perry, PhD, Editor-in-Chief of the Journal of Alzheimer’s Disease and Professor, University of Texas at San Antonio. 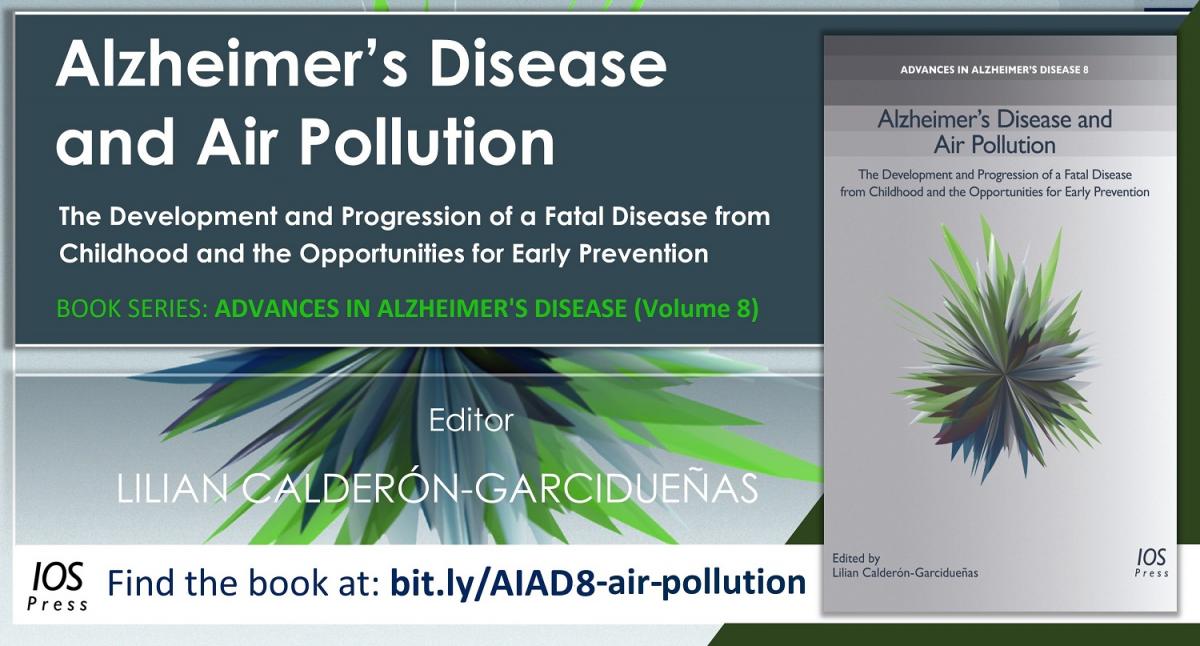 About the Advances in Alzheimer’s Disease Book Series
The book series Advances in Alzheimer's Disease brings together the latest insights in Alzheimer’s disease research in specific areas in which major advances have been made. It assembles and builds on work recently published in the Journal of Alzheimer's Disease and also includes further contributions to ensure comprehensive coverage of the topic. The emphasis is on the development of novel approaches to understanding and treating Alzheimer’s and related diseases. iospress.com/advances-in-alzheimers-disease

About IOS Press
IOS Press is headquartered in Amsterdam with satellite offices in the USA, Germany, India and China and serves the information needs of scientific and medical communities worldwide. IOS Press now publishes about 90 international peer-reviewed journals and about 70 book titles each year on subjects ranging from computer science, artificial intelligence, and engineering to medicine, neuroscience, and cancer research. iospress.com

To be informed of a limited-time discount offer for the print edition of this title, sign up for the book series newsletter at: http://tiny.cc/AIADsignup