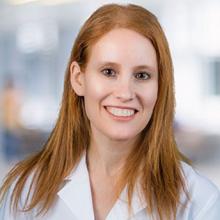 San Antonio, TX, USA – Middle-aged people with depressive symptoms who carry a genetic variation called apolipoprotein (APOE) ε4 may be more at risk to develop tau protein accumulations in the brain’s emotion- and memory-controlling regions, a new study by researchers from The University of Texas Health Science Center at San Antonio (UT Health San Antonio) and collaborating institutions suggests. The Journal of Alzheimer’s Disease will publish the findings in its June 29, 2021 issue.

The research is based on depression assessments and positron emission tomography (PET) imaging conducted among 201 participants in the multigenerational Framingham Heart Study. The mean age of these participants was 53.

Decades before diagnosis
PET scans typically are conducted in older adults, so the Framingham PET studies in middle-aged persons are unique, said Mitzi M. Gonzales, PhD, lead author of the study and a neuropsychologist with the Glenn Biggs Institute for Alzheimer’s and Neurodegenerative Diseases, which is part of UT Health San Antonio.

“This gives us an interesting opportunity to study people at midlife and get a sense of factors that might be associated with protein accumulations in individuals who are cognitively normal,” Dr. Gonzales said. “These persons are likely decades before any type of dementia diagnosis, if they are to develop dementia in the future.”

No associations found with amyloid beta
Amyloid beta (amyloid-β) and tau are proteins that aggregate in the brains of people with Alzheimer’s disease and also typically increase to a milder extent with normal aging. The study found no associations of depressive symptoms and depression with amyloid-β. The only association was with tau, and only in APOE ε4 variant carriers. About one-fourth of the participants (47 of 201) were ε4 carriers, by virtue of having at least one copy of the ε4 allele.

Having one copy of APOE ε4 increases the risk of developing Alzheimer’s by as much as two- to threefold, but some people with this variant live into their 80s and 90s and never develop the disease. “It’s important to keep in mind that just because a person is identified as carrying the APOE ε4 allele does not mean that he will develop dementia in the future,” Dr. Gonzales said. “It just means that the risk is higher.”

Centers of emotion and cognition
The study showed associations between depressive symptoms and increased tau in two brain regions, the entorhinal cortex and amygdala. “These associations do not infer that the tau accumulation causes the depressive symptoms, or vice versa,” Dr. Gonzales said. “We only note that both are present in the ε4 carriers.”

The entorhinal cortex is important for memory consolidation and tends to be an area where protein deposition occurs early on, she noted. The amygdala, meanwhile, is considered the emotion center of the brain.

“Longitudinal studies are needed to further understand what is happening, but it is intriguing to think about the clinical significance of our findings in terms of cognition as well as emotional regulation,” Dr. Gonzales said.

About UT Health San Antonio
The University of Texas Health Science Center at San Antonio, also referred to as UT Health San Antonio, is one of the country’s leading health sciences universities and is designated as a Hispanic-Serving Institution by the US Department of Education. With missions of teaching, research, patient care and community engagement, its schools of medicine, nursing, dentistry, health professions and graduate biomedical sciences have graduated 39,700 alumni who are leading change, advancing their fields, and renewing hope for patients and their families throughout South Texas and the world. uthscsa.edu

About the Journal of Alzheimer's Disease
Now in its 24th year of publication, the Journal of Alzheimer's Disease (JAD) is an international multidisciplinary journal to facilitate progress in understanding the etiology, pathogenesis, epidemiology, genetics, behavior, treatment, and psychology of Alzheimer's disease. The journal publishes research reports, reviews, short communications, book reviews, and letters-to-the-editor. Groundbreaking research that has appeared in the journal includes novel therapeutic targets, mechanisms of disease, and clinical trial outcomes. JAD has a Journal Impact Factor of 3.909 according to Journal Citation Reports (Clarivate, 2020). j-alz.com