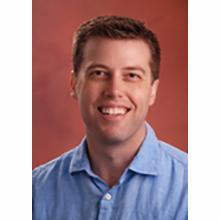 Glendale, Arizona – A team of investigators at Midwestern University, an affiliate institution of the Arizona Alzheimer’s Consortium, now report that young adult brain donors who carried a common genetic risk factor for Alzheimer’s disease showed large changes in pathways involving the uptake and use of sugars and ketone bodies — the primary sources of energy for the brain. The average age of the donors was approximately 30, well before any sign of the microscopic abnormalities commonly associated with the disease commonly appear, and almost five decades before the age at which they might develop symptoms.

Arizona researchers studied tissue from a vulnerable part of the brain in 24 young adults who had died and donated their brains for research. Half of the brain donors carried a common genetic risk factor for Alzheimer’s disease, known as APOE4, and half did not. This work was a follow-up to a previous study showing that the activity of an energy-making enzyme found in mitochondria—the power-packs of the brain cells—was reduced in the group at increased genetic risk for Alzheimer’s disease. However, in the current study, despite the functional decline, the investigators found higher levels of the underlying proteins. This was true for nearly all the proteins analyzed, except for those thought to be responsible for moving ketone bodies into the brain from the blood and into a particular type of brain cell called astroglia.

“The striking difference between the ketone body transporters and the other proteins analyzed may provide an explanation for the clinical evidence that patients with Alzheimer’s benefit from higher production of ketones—unless they carry the genetic risk factor APOE4,” said Jon Valla, Ph.D., the senior author and now an Assistant Dean at Grand Canyon University in Phoenix. “Without appropriate levels of these transporter proteins, ketone bodies cannot enter the brain properly and this may have detrimental effects.”

While this investigation cannot pinpoint a cause of the changes in these young, at-risk subjects, the higher levels of some proteins strongly implicate one of two possibilities: either the brain is compensating for the loss of an important fuel [e.g., ketone bodies], or the proteins are accumulating in an abnormal way, perhaps due to failure of another system, such as the brain’s disposal system. Further analysis is ongoing to answer these questions.

The Journal of Alzheimer's Disease (http://www.j-alz.com) is an international multidisciplinary journal to facilitate progress in understanding the etiology, pathogenesis, epidemiology, genetics, behavior, treatment and psychology of Alzheimer's disease. The journal publishes research reports, reviews, short communications, book reviews, and letters-to-the-editor. Groundbreaking research that has appeared in the journal includes novel therapeutic targets, mechanisms of disease and clinical trial outcomes. The Journal of Alzheimer's Disease has an Impact Factor of 3.83 according to Thomson Reuters' Journal Citation Reports 2009 Science Edition. The Journal is published by IOS Press (http://www.iospress.nl).

Grand Canyon University was founded in 1949 and is Arizona’s premier private Christian university. GCU is regionally accredited and offers more than 160 academic programs for both traditional undergraduate students and working professionals. The University’s curriculum emphasizes interaction with classmates, both in-person and online, and individual attention from instructors while fusing academic rigor with Christian values to help students find their purpose and become skilled, caring professionals. For more information, visit gcu.edu.

The Arizona Alzheimer’s Consortium (AAC) capitalizes on the complementary resources of its seven member institutions to promote the scientific understanding and early detection of Alzheimer's disease and find effective disease-stopping and prevention therapies. Established in 1998, the Consortium also seeks to educate Arizona’s residents about Alzheimer’s disease, research progress in the state and the resources needed to help patients, families, and professionals manage the disease. The AAC is comprised of both the NIA-funded Arizona Disease Core Center (ADCC) and the state-funded Arizona Alzheimer’s Research Center (AARC). The AAC's member research institutions include Arizona State University, the Banner Alzheimer’s Institute, the Barrow Neurological Institute, Mayo Clinic Arizona, Sun Health Research Institute, the Translational Genomics Research Institute (TGen) and the University of Arizona.