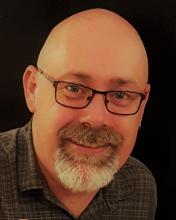 Amsterdam, NL – The Journal of Alzheimer’s Disease (JAD) is pleased to announce that Greg Kennedy, a PhD candidate at the Centre for Human Psychopharmacology, Swinburne University of Technology, Hawthorn, Australia, has been chosen as the recipient of the 2018 Alzheimer Award. The award has been presented by the journal in recognition of Kennedy and colleagues’ insightful examination of cardiovascular health, production of brain derived neurotrophic factor (BDNF), insulin sensitivity, stress, and inflammation as potential pathways via which exercise may maintain or improve cognitive functioning, particularly in the context of the aging brain.

Each year, JAD’s Associate Editors select the article from the previous year’s volumes that has had a significant impact on the field. The awardee is presented with the Alzheimer Medal, a 3″ bronze medal with the likeness of Alois Alzheimer, and a cash prize in the amount of $7,500. This annual award is made possible by support from IOS Press, publisher of JAD.

The 2018 winning paper is “How Does Exercise Reduce the Rate of Age-Associated Cognitive Decline? A Review of Potential Mechanisms” (Kennedy et al., J Alzheimers Dis 55, 1–18, 2017). It is freely available to everyone to read, download, and share.

The current lack of long-term, effective pharmacological treatments warrants a strong focus on prevention strategies in the efforts to reduce the impact of cognitive impairment and onset of dementias such as Alzheimer’s disease (AD). Exercise is potentially a low-cost, effective, and easily implemented intervention, with no intrinsic negative side effects. Exercise has been found to improve cognitive ability, reduce the rate of age-related cognitive decline, and even significantly mitigate the lifetime risk of developing AD and other dementias.

The mechanisms underlying such positive effects remain unclear. In this award-winning paper Kennedy et al. examine pathways via which exercise may maintain or improve cognitive functioning during senescence. These include physiological effects of exercise on modifiable risk factors such as vascular function, BDNF production, insulin sensitivity, stress, and inflammation.

“A greater understanding of these mechanisms and their relationships with exercise and cognition may provide potential biomarkers for investigating the efﬁcacy of different exercise regimes on cognitive outcomes,” explained Kennedy. To this end, he and his colleagues have implemented the Lifestyle Intervention in Independent Living Aged Care (LIILAC) study, a clinical trial of exercise and dietary interventions on cognition in people residing in independent living accommodation communities. Because severe cognitive decline and dementia are the primary reasons for transition from independent living to supported aged care, this is an important population with which to work, as they are generally at a stage of life where lifestyle interventions still have potential to be protective. Reducing the rate of this transition has significant social and economic benefits for both the individual and society as a whole.

“I would like to acknowledge my amazing co-authors and co-investigators, whose hard work, guidance and dedication have helped shed light on the promising link between exercise and the attenuation of cognitive decline. I would also like to thank the JAD editorial team for selecting our paper from among the hundreds of excellent articles published by the journal in 2017,” stated Kennedy.

Greg Kennedy received his undergraduate degree in Psychology and Psychophysiology in 2010 at Swinburne University of Technology. He then completed a first-class Honours degree in Psychology in 2012, investigating the relationship between cognitive aging and cerebrovascular functioning, before joining the Centre for Human Psychopharmacology at Swinburne University of Technology, where he is currently a PhD candidate working with Professors Andrew Pipingas, Andrew Scholey, and Denny Meyer. His research has included the effects of diet and nutrients, such as cocoa flavanols and polyphenols, on cognition and vascular health.  However, his primary focus as an early career researcher is on exercise and fitness as a way to attenuate the rate of age-related cognitive decline in older people and researching the associated underlying mediating mechanisms.

“The Associate Editors and I are delighted that through this award we are able to formally recognize exceptional work. This study, and future research in the area, will help to elucidate the complexity of the interactions involved in exercise-based amelioration of age-related cognitive decline and contribute to the evidence base for the potential use of exercise as an effective intervention strategy,” commented George Perry, PhD, Editor-in-Chief, Journal of Alzheimer’s Disease, and Dean of the College of Sciences and Professor of Biology at the University of Texas at San Antonio.

About IOS Press
IOS Press is headquartered in Amsterdam with satellite offices in the USA, Germany, India, and China and serves the information needs of scientific and medical communities worldwide. IOS Press now publishes over 100 international journals and about 75 book titles each year on subjects ranging from computer sciences and mathematics to medicine and the natural sciences. iospress.com