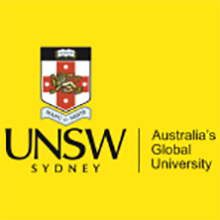 Sydney, Australia – An international research collaboration has found that high occupational complexity is associated with dementia-free survival time, highlighting the importance of maintaining cognitive stimulation throughout life for lowering the risk of dementia. The collaboration, led by UNSW Sydney’s Centre for Healthy Brain Ageing (CHeBA), analysed 10,195 older adults across seven  international studies from the Cohort Studies of Memory in an International Consortium (COSMIC). The study, published in the Journal of Alzheimer’s Disease, found that having at least completed high school and high occupational complexity were both and independently associated with dementia-free survival time, implying a lower chance of having developed dementia before the study ended.

Dementia currently affects more than 50 million people worldwide and although age is the strongest risk factor for developing dementia, dementia is not an inevitable consequence of ageing. Estimates suggest that 40% to 50% of dementia cases may be preventable through intervention of modifiable risk factors, which include such things as midlife hypertension, midlife obesity, depression and physical activity – as well as education.

Study coordinator of COSMIC, Darren Lipnicki, PhD, said that both early life education and mental engagement at work during adulthood are theorised to help prevent late-life dementia, but little is known about similarities or differences across geographical regions.

This study assigned complexity ratings to primary life-time occupations, with jobs requiring more cognitive and mental effort considered more complex – using data from studies across Australia, Germany, Italy, South Korea, Spain, and the USA. The research then examined whether education and occupational complexity were associated with dementia in later life, and whether there were similarities and differences across geographical regions.

Lead author Jinshil Hyun, PhD, in the Department of Neurology of New York’s Albert Einstein College of Medicine, said the findings were fairly consistent across the different countries investigated, though more so for occupational complexity than for education. Interestingly, it seemed that "high school completion" was enough to prevent developing dementia, which suggested a threshold effect. There was no significant difference in dementia rates between "high school completion" and "above high school completion."