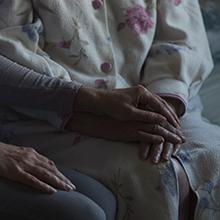 A hypothesis which has been the standard way of explaining how the body develops Alzheimer’s disease for almost 30 years is flawed, according to a University of Manchester biologist.

The ‘Amyloid Cascade’ argues that a series of stages, starting from the deposition of a starch-like protein called amyloid and ending with dementia, should be reassessed.

Prof. Andrew Doig’s review of 120 scientific papers finds that the stages were not linked together in a cascade and the progression to dementia was not linear.

His review is published in the Journal of Alzheimer’s Disease.

“It’s wrong to use a series of waterfalls as an analogy for how dementia develops, as water cannot flow uphill”, said Prof. Doig. “My review shows the system is actually cyclical and does not flow one way – but is a series of feedback loops. Progress in recent years shows some of the elements go back and forth - both upstream and downstream.

”Most research has been at the top of the cascade. But we need to consider other drug targets too.”

According to the cascade, enzymes cut the amyloid into fragments which form plaques that damage cells. Calcium rises in cells, followed by inflammation and then oxidative stress - an imbalance between certain molecules containing oxygen and antioxidants -

and then cell death which causes dementia.

However, according to the research reviewed by Prof. Doig, inflammation can either lead to enhanced amyloid deposition or oxidative stress.

Prof. Doig added: “The fact that this process is cyclical has important implications as we’re missing opportunities for drug discovery. So for example, we need to take a closer look at inflammation and oxidative stress and their relation to amyloid plaques. If we use the Amyloid Cascade hypothesis, that would be less likely to happen.

“Over the 26 years since the cascade was first described, hundreds of drugs based on this hypothesis have been trialled in people but none of them have worked. But if you realise the cyclical nature of this, then combinations of therapies could have a part to play.”