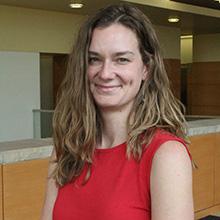 Aurora, Color. – An association between inflammation biomarkers in both blood plasma and cerebrospinal fluid (CSF) and markers of Alzheimer's disease (AD) associated pathology, has been found by researchers at the University of Colorado Anschutz Medical Campus working with the University of Wisconsin Alzheimer's Disease Research Center and the University of California San Francisco Memory and Aging Center.

The discovery sheds new light on the pathology of AD as well as on the communication between the brain and the rest of the body. The findings were published today in the Journal of Alzheimer's Disease.

Scientists have long known that AD-related pathology may develop before clinical symptoms of AD appear, and that inflammation is a core component of the disease. Previous studies have linked levels of inflammatory markers in CSF and blood to Mild Cognitive Impairment (MCI), and research shows that elevations in inflammatory markers may be present decades before any AD symptoms appear.

"One of the two primary goals of our study was to assess the association between inflammatory markers in CSF and plasma to clarify how well plasma inflammatory markers reflect central nervous system inflammation," said study author Brianne Bettcher, PhD (pictured), assistant professor of neurosurgery and neurology at the University of Colorado School of Medicine. "Even more importantly, we were interested in determining whether inflammatory markers in plasma were independently linked to CSF markers of AD-related pathology and neuronal damage in a group of healthy, community dwelling older adults."

Her team tested blood and CSF samples from 173 middle-aged and older adults enrolled in the Wisconsin Alzheimer's Disease Research Center. Participants were healthy adults in that they had no clinical symptoms of Alzheimer's disease, although some had family histories of dementia presumed due to AD.

The scientists had expected inflammation markers in the CSF to be more robust predictors of AD-related pathology and neuronal damage than those in the blood due to the 'blood brain barrier.'

The finding was unexpected.

"From my perspective, there has been a perception in the field that the blood and the 'periphery' are not related to the brain - that the brain and the rest of the body are completely separate," Bettcher said. "I think increasing evidence suggests that the brain and body communicate. Our study shows that inflammation markers in the blood may be telling us about what is going on inside the brain."

Recent animal studies have shown a strong relationship between elevated inflammation and the propagation of tau proteins, which are associated with AD.

Bettcher said the new findings could possibly serve as the focus of more in-depth studies aimed at developing a blood test to detect inflammation biomarkers years before symptoms of Alzheimer's appear.

She says the study also points to a potentially early role for inflammation in aging and AD. Bettcher also emphasized that although participants had detectable levels of AD-related markers and markers of neuronal damage in their CSF, the presence of these markers alone does not indicate a diagnosis of AD, nor does it mean that they will develop AD in the future.

"These findings add to a growing body of literature underscoring an increasingly important relationship between systemic inflammation, central inflammation, and pathological outcomes," she said.