Ironing Out the Cause of Alzheimer’s Disease 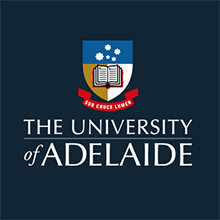 Adelaide, Australia – University of Adelaide researchers have found important evidence supporting their theory that a deficiency of active iron in the brain is an important factor in Alzheimer’s disease. Mutations in a small number of genes can cause an inherited form of Alzheimer’s disease that afflicts people when they are relatively young. Currently, the dominant theory of what causes Alzheimer’s disease is that these mutated genes change the way a small protein fragment, Amyloid beta, is produced. Many researchers believe that Amyloid beta can build up, become toxic, and eventually destroy brain function.

The new study, published in the Journal of Alzheimer’s Disease, follows the proposal of a group of Adelaide scientists and their collaborators who predicted that the main gene involved in inherited Alzheimer’s disease, PSEN1, would be important for supplying iron to brain cells.

Michael Lardelli, PhD, from the University of Adelaide’s Alzheimer’s Disease Genetics Laboratory, said: “Brain cells are a bit like people when it comes to getting the nutrition they need. Just as people have acid in their stomachs to help break down food, cells have microscopic acid-filled stomachs called ‘lysosomes’. If the lysosome is not acidic enough, the cell will have difficulty absorbing nutrients from outside. The cell will also have difficulty recycling materials it no longer needs in order to reuse them for other tasks. Research by others has shown that when the PSEN1 gene is mutated, cells’ lysosomes cannot become properly acidic.

The team had to develop a new method for detecting evidence that the balance of active iron in brains was upset. "Most of this was done by PhD student, Nhi Hin, who won our university’s Doctoral Research Medal for her work, and her supervisor, Dr. Stephen Pederson," said Dr. Lardelli.

“When we used the new technique to analyze the brain data we already had from our Alzheimer’s mutant fish, we could see clear evidence for the iron disturbance we had predicted. Nhi Hin then applied the same technique to data from the brains of people who had died with Alzheimer’s disease. There was a very strong signal there too. In fact, the active iron signal seems to clearly distinguish Alzheimer’s disease brains from other brains that had buildup of Amyloid beta but did not have memory problems.”

Dr. Lardelli said the findings had implications for those at risk of developing Alzheimer’s disease. “It has long been known that having sufficient iron in your diet is very important for mental function and overall health. But iron is both a blessing and a curse," he said.

“Having too much iron can damage your body. So, people should not start taking iron supplements unless their doctor recommends they do so. In the meantime, we need more research to find a way to overcome the defective acidification problem of the lysosomes. That would likely solve the brain’s iron problem and other cell nutrition problems that may be contributing to Alzheimer’s disease.”

NOTES FOR EDITORS
Full study: "Iron Responsive Element-Mediated Responses to Iron Dyshomeostasis in Alzheimer’s Disease" by Nhi Hin, Morgan Newman, Stephen Pederson, and Michael Lardelli (10.3233/JAD-210200), appearing online in the Journal of Alzheimer’s Disease, ahead of the publication of Volume 84, Issue 4 (2021). The article is available online at: content.iospress.com/articles/journal-of-alzheimers-disease/jad210200.

About the Journal of Alzheimer's Disease
The Journal of Alzheimer’s Disease (JAD) is an international multidisciplinary journal to facilitate progress in understanding the etiology, pathogenesis, epidemiology, genetics, behavior, treatment, and psychology of Alzheimer’s disease. The journal publishes research reports, reviews, short communications, book reviews, and letters-to-the-editor. Groundbreaking research that has appeared in the journal includes novel therapeutic targets, mechanisms of disease, and clinical trial outcomes. JAD has a Journal Impact Factor of 4.472 according to Journal Citation Reports (Clarivate, 2021). The journal is published by IOS Press. j-alz.com