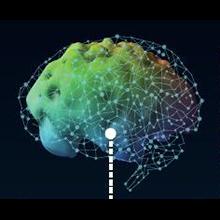 Schizophrenia, cannabis use, and alcohol abuse are just several disorders that are related to accelerated brain aging

Lead author, psychiatrist Daniel G. Amen, MD, founder of Amen Clinics, commented, “Based on one of the largest brain imaging studies ever done, we can now track common disorders and behaviors that prematurely age the brain. Better treatment of these disorders can slow or even halt the process of brain aging. The cannabis abuse finding was especially important, as our culture is starting to see marijuana as an innocuous substance. This study should give us pause about it.”

The current study (to be published in a forthcoming issue of the Journal of Alzheimer's Disease) used brain SPECT imaging to determine aging trajectories in the brain and which common brain disorders predict abnormally accelerated aging. It examined these functional neuroimaging scans from a large multi-site psychiatric clinic from patients who had many different psychiatric disorders, including bipolar disorder, schizophrenia and attention deficit hyperactivity disorder (ADHD).

Commenting on the study, George Perry, PhD, Chief Scientist at the Brain Health Consortium from the University of Texas at San Antonio, said, “This is one of the first population-based imaging studies, and these large studies are essential to answer how to maintain brain structure and function during aging. The effect of modifiable and non-modifiable factors of brain aging will further guide advice to maintain cognitive function.”

Co-investigator Sachit Egan, Google Inc. (Mountain View, CA), said, “This paper represents an important step forward in our understanding of how the brain operates throughout the lifespan. The results indicate that we can predict an individual's age based on patterns of cerebral blood flow. Additionally, groundwork has been laid to further explore how common psychiatric disorders can influence healthy patterns of cerebral blood flow.” 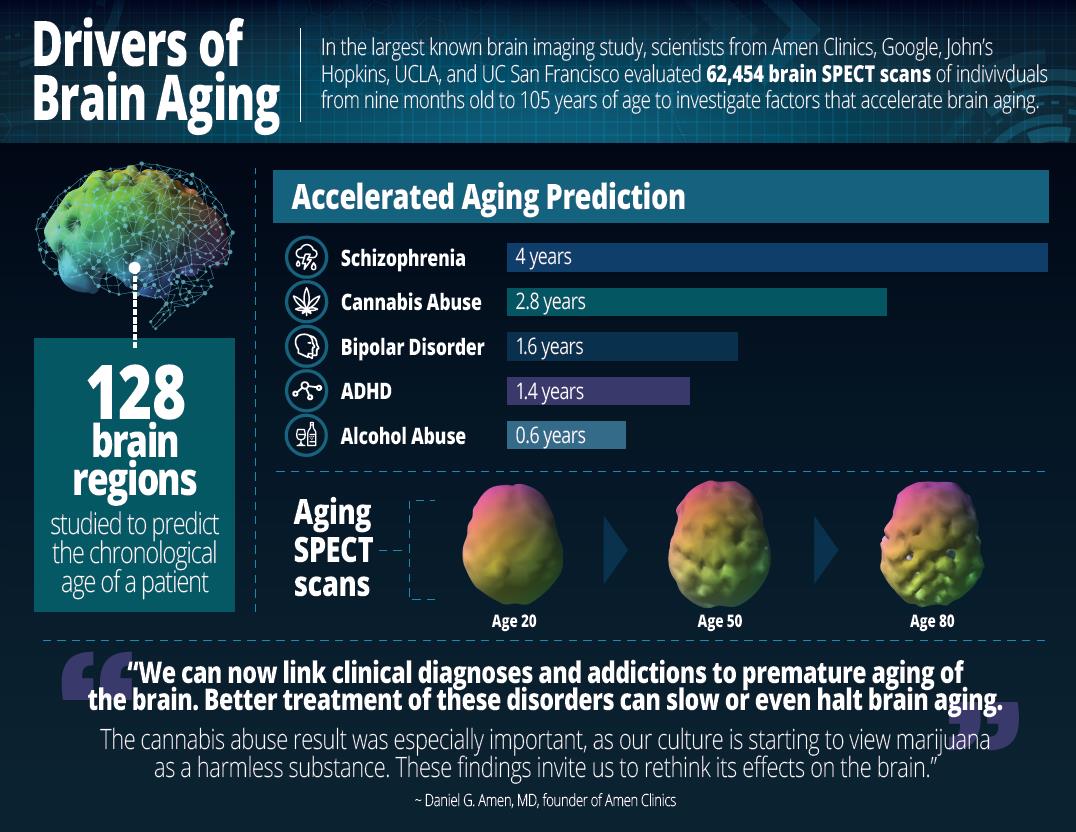 NOTES FOR EDITORS
Full study: “Patterns of Regional Cerebral Blood Flow as a Function of Age Throughout the Lifespan,” by Daniel G. Amen, Sachit Egan, Somayeh Meysami, Cyrus A. Raji and Noble George (DOI 10.3233/JAD-180598). It is to be published in the Journal of Alzheimer’s Disease published by IOS Press.

About Amen Clinics
Amen Clinics, Inc. was established in 1989 by Daniel G. Amen, MD, who is a physician, psychiatrist, professor and ten-time New York Times bestselling author. Amen Clinics has the world’s largest database of functional brain scans relating to behavior, totaling over 145,000 scans on patients from 120 countries. amenclinics.com

About IOS Press
IOS Press is headquartered in Amsterdam with satellite offices in the USA, Germany, India, and China and serves the information needs of scientific and medical communities worldwide. IOS Press now publishes over 100 international journals and about 75 book titles each year on subjects ranging from computer sciences and mathematics to medicine and the natural sciences. iospress.com