Late, but not too late – Screening for olfactory dysfunction as a marker for cognitive impairment in middle-aged 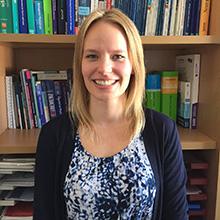 Essen, Germany - In a large population-based study of randomly selected participants in Germany, researchers found that participants aged 65-74 years with olfactory dysfunction showed impaired cognitive performance. Interestingly, this strong association was not present in younger (55-64 years) or older (75-86 years) participants. Additionally, the effect was more present in women than men.

In neurodegenerative diseases like Parkinson’s and Alzheimer’s disease (AD), olfactory function is diminished. Further, olfactory dysfunction precedes the onset of cognitive impairment within AD, which highlights its potential as biomarker for early, preclinical diagnosis. Several studies suggest that olfactory dysfunction predicts progression from normal cognitive functioning to mild cognitive impairment and AD. There is little evidence for this association concerning different age stages and gender differences.

The Heinz Nixdorf Recall (Risk Factors, Evaluation of Coronary Calcium and Lifestyle) study is an observational, population-based, prospective study that examined 4,814 participants (baseline: 45-75 years; 50% men) in the metropolitan Ruhr Area. Participants returned for two examinations every five years. For this analysis, 2,640 participants from the third examination were divided into anosmics (lack of olfactory function), hyposmics (impaired olfactory function) and normosmics (normal olfactory function) according to their Sniffin’ Sticks Screening test scores. To examine age- and gender-specific associations, stratified analyses for gender and three age groups were conducted. Men and women differed significantly in their olfactory function. Women had higher scores on the olfactory test. Particularly, middle-aged anosmic male and female participants showed worst performance in several cognitive tests. No associations were seen in younger and older adults. There was a quantitative association in all age groups as anosmics performed worse than hyposmics and hyposmics performed worse than normosmics in all subtests.

The found association in the middle-aged group might occur because this age band between 65-74 years is critical for the onset of age-related cognitive and olfactory decline. Regarding the older age group, the association may be covered by other risk factors occurring in this age band like hypertension, diabetes or coronary artery disease. The pathology potentially causing olfactory and cognitive impairment mainly occurs after the age of 65. Thus, the young-aged groups are cognitively healthier and are less often anosmics. This might account for the missing associations in this age group. Nevertheless, cognitive performance was reflected by the decrement in olfactory function in all age groups. Participants with worst olfactory function showed worst cognitive performance and vice versa. More distinct effects were found for women compared to men. General differences in olfactory function between men and women can be the cause of this result. At this point we cannot conclude clinical implications regarding gender.

Corresponding author
To obtain the full text of the study or additional information journalists should contact sarah.tebruegge@uk-essen.de.

ABOUT THE JOURNAL OF ALZHEIMER’S DISEASE
Celebrating its 20th anniversary in 2018, the Journal of Alzheimer's Disease is an international multidisciplinary journal to facilitate progress in understanding the etiology, pathogenesis, epidemiology, genetics, behavior, treatment and psychology of Alzheimer's disease. The journal publishes research reports, reviews, short communications, book reviews, and letters-to-the-editor. Groundbreaking research that has appeared in the journal includes novel therapeutic targets, mechanisms of disease and clinical trial outcomes. The Journal of Alzheimer's Disease has an Impact Factor of 3.731 according to the 2016 Journal Citation Reports® (Clarivate Analytics, 2017). http://www.j-alz.com

We are pleased to inform you that JAD has now partnered with Kudos, a service that enables you to maximize the impact and visibility of your research. Once the pre-press version of your article has been published it is posted via Kudos. You can enrich your article by adding lay summaries and links to related materials and promote your research to a wider public through social media and to news sites, blogs and personal websites. You may have already received a notification from Kudos about your article. For more information on Kudos and how to register to take advantage of this service, watch this video, or go to http://www.growkudos.com or the Kudos blog.