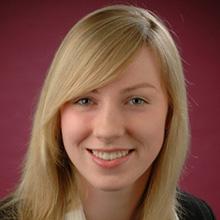 Essen, Germany – In a large population-based study of randomly selected participants in Germany, researchers found that participants with anemia, defined as haemoglobin less than 13 g/dl in men and less than 12 g/dl in women, showed lower performances in verbal memory and executive functions. Furthermore, mild cognitive impairment (MCI) occurred almost twice more often in participants diagnosed with anemia. This study is published in the Journal of Alzheimer’s Disease.

Because dementia is the end stage of many years of accumulation of pathological changes in the brain, researchers focus on early stages of cognitive impairment. MCI represents an intermediate and possibly modifiable stage between normal cognitive aging and dementia. Although persons with MCI have an increased risk of developing dementia or Alzheimer’s disease (AD), they can also remain stable for many years or even revert to a cognitively normal state over time. This modifiable characteristic makes the concept of MCI a promising target in the prevention of dementia.

What criteria determine MCI? The following four criteria were used to diagnose MCI: First, participants have to report a decline in cognitive performance over the past two years. Second, the participants have to show a cognitive impairment in objective cognitive tasks that is greater than one would expect taking their age and education into consideration. Third, this impairment is not as pronounced as in demented individuals since persons with MCI can perform normal daily living activities or are only slightly impaired in carrying out complex instrumental functions. Fourth, the cognitive impairment is insufficient to fulfil criteria for dementia.

The Heinz Nixdorf Recall (Risk Factors, Evaluation of Coronary Calcium and Lifestyle) study is an observational, population-based, prospective study that examined 4,814 participants (50% men) between 2000 and 2003 in the metropolitan Ruhr Area. After five years, a second examination was conducted with 92% of the participants taking part. The publication reports cross-sectional results of the second examination.

These results suggest that anemia is associated with an increased risk of MCI independent of traditional cardiovascular risk factors. The association of anemia and MCI has important clinical relevance because -depending on etiology- anemia can be treated effectively. This might provide means to prevent or delay cognitive decline.

Reporters who wish to speak to the authors should contact martha.dlugaj@uk-essen.de

ABOUT THE JOURNAL OF ALZHEIMER’S DISEASE (JAD)
The Journal of Alzheimer's Disease (http://www.j-alz.com) is an international multidisciplinary journal to facilitate progress in understanding the etiology, pathogenesis, epidemiology, genetics, behavior, treatment and psychology of Alzheimer's disease. The journal publishes research reports, reviews, short communications, book reviews, and letters-to-the-editor. Groundbreaking research that has appeared in the journal includes novel therapeutic targets, mechanisms of disease and clinical trial outcomes. The Journal of Alzheimer's Disease has an Impact Factor of 4.151 according to Thomson Reuters' 2014 Journal Citation Reports. The Journal is published by IOS Press (www.iospress.com).