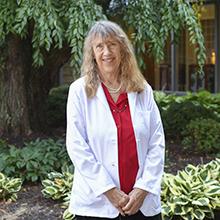 Morgantown, WV, USA – A research team led by Dr. Kim Innes, a professor in the West Virginia University School of Public Health, has found that a simple meditation or music listening program may alter certain biomarkers of cellular aging and Alzheimer’s Disease in older adults who are experiencing memory loss. Study findings, reported in the Journal of Alzheimer’s Disease, also suggest these changes may be directly related to improvements in memory and cognition, sleep, mood, and quality of life.

Sixty older adults with subjective cognitive decline (SCD), a condition that may represent a preclinical stage of Alzheimer’s disease, participated in the randomized, clinical trial. While SCD has been linked to increased risk for dementia and associated with certain neuropathological changes implicated in Alzheimer’s disease development, including elevated brain levels of beta amyloid, this preclinical period may also provide a critical window for therapeutic intervention.

In this trial, each participant was randomly assigned to either a beginner meditation (Kirtan Kriya) or music listening program and asked to practice 12 minutes/day for 12 weeks. At baseline and 3 months, blood samples were collected. Two markers of cellular aging were measured: telomere length and telomerase activity. (Telomeres serve as protective caps on chromosomes; telomerase is an enzyme responsible for maintaining telomere length). Blood levels of specific beta-amyloid peptides commonly linked to Alzheimer’s Disease were also assessed. In addition, memory and cognitive function, stress, sleep, mood, and quality of life were measured. All participants were followed for a total of 6 months.

Following completion of the 3 month intervention period, the meditation group showed significantly greater increases in a key beta amyloid peptide (Aβ40) than did the music group. Rising beta amyloid levels were correlated with improvements in memory and cognitive function, as well as with those in mood, sleep, and quality of life at both 3 and 6 months; these positive associations were substantially more pronounced in the meditation group. Telomerase activity rose in both the meditation and music groups, although the increases were significant only among participants who had lower values at baseline (≤50th centile), and who practiced more frequently over the course of the intervention. Likewise, increases in telomere length were also significantly greater among participants with lower values at the beginning of the study. Increases in telomere length and telomerase activity were also correlated with improvements in certain cognitive and psychosocial outcomes.

In addition, both groups improved significantly in memory and cognitive function, as well as in sleep and psychological status, although improvements in stress, mood, and quality of life were substantially greater in the meditation group. These improvements were maintained or further strengthened at six months, three months after the intervention ended.

This article is available at:
https://content.iospress.com/articles/journal-of-alzheimers-disease/jad180164