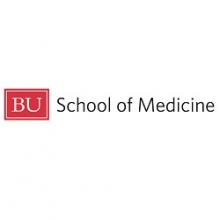 Boston--Having high blood pressure in your 50’s may impact your ability to keep track or plan ahead in your 80’s.

This study reports a connection between high blood pressure at a younger age can affect cognition many years later. It currently appears in the Journal of Alzheimer’s Disease.

Life expectancy is on the rise and people the age of 80 are the fastest growing demographic in the world. Several studies have demonstrated that high cardiovascular risk at midlife, particularly hypertension, is linked to subsequent increased risk of dementia. However, there is a lack of studies that examine the impact of midlife cardiovascular risk on early cognitive impairment in individuals in their later decades.

Using data from the Framingham Heart Study (FHS), Boston University School of Medicine researchers measured blood pressure from 378 FHS participants when they were between 50-60 years old, and then tested their cognitive performance approximately 30 years later when they were 80 years or older. Participants with high blood pressure at midlife scored more poorly on tests of attention and executive function later in life.

“Decline in cognition is often considered an inevitable consequence of aging, and age is the single biggest risk factor for dementia, but perhaps managing factors that impact brain aging, such as blood pressure, will help increase brain health and reduce the risk for dementia,” explained corresponding author Rhoda Au, PhD, professor of neurology at BUSM.

According to the researchers, if your blood pressure is not within normal range when you are younger, you should speak to your doctor and develop a plan to reduce it to normal levels and sustain it, which might include exercise, weight loss and medication.

“Midlife health matters. The pathway to one’s older years is through the younger years and taking care of your health while you are younger may help you better preserve your cognitive health when you are older,” added Au.