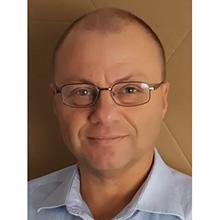 Frankfurt, Germany – Several studies have recently focused on the association between migraine headaches and other headaches and dementia and found a positive migraine-dementia relationship. However, most of these studies have failed to simultaneously adjust for several common comorbidities, thus potentially introducing bias into their findings.

The goal of the present study, which will be published in the next issue of the Journal of Alzheimer’s Disease, was to investigate the association between migraine diagnoses and dementia in patients followed in general practices in the United Kingdom.

This study was based on data from the Disease Analyzer database (IQVIA), which compiles drug prescriptions, diagnoses, and basic medical and demographic data obtained directly and in anonymous format from computer systems used in the practices of general practitioners and specialists.

The current study sample included patients who had received a migraine diagnosis in one of 67 general practices in the UK between January 1997 and December 2016 (index date). Inclusion criteria were as follows: an observation time of at least 12 months prior to the index date; a follow-up time of at least 12 months after the index date; aged between 60 and 80 years at the index date; and no diagnosis of dementia or mild cognitive impairment prior to or at the index date. After applying similar inclusion criteria, patients without migraine diagnoses were matched 1:1 to patients with migraine diagnoses based on propensity scores using a greedy algorithm and derived from the logistic regression using age, sex, index year, and co-diagnoses (i.e. diabetes mellitus, hyperlipidemia, coronary heart disease, stroke including transient ischemic attack, depression, intracranial injury, mental and behavioral disorders due to alcohol use, epilepsy, Parkinson’s disease, osteoporosis). The index date for participants without migraine diagnoses was a randomly selected visit between January 1997 and December 2016. The main outcome of the study was the incidence of dementia as a function of migraine diagnosis within 10 years of the index date.

“Several biological and clinical hypotheses may explain the association between migraine headaches and dementia,” explained Dr. Louis Jacob, PhD, from the University of Versailles Saint-Quentin-en-Yvelines. “For example, migraine headaches involve chronic pain, which has been found to substantially impact the risk of memory decline and dementia. As women usually have more severe migraine attacks, the risk of dementia in women with migraine could be higher than in men with migraine."

“We have conducted several studies focused on dementia in recent years,” noted corresponding author Prof. Karel Kostev, PhD, from the Epidemiology Department of IQVIA (Germany). “We have been able to identify positive associations between osteoporosis and dementia and between epilepsy and dementia, but have also observed the negative association between some antiepileptic, antidepressant, and antihypertensive drugs and dementia incidence. Such findings demonstrate the significant role of anonymous patient data in epidemiology research for helping people recognize and avoid health risk factors in the future.”

The authors of the study also noted that “further studies are warranted to gain a better understanding of the underlying mechanisms of the migraine-dementia relationship and the different sexes in the association between migraine and dementia.”

The three major strengths of this study are the large number of patients available for analysis, the use of real-world data including several comorbidities, and the matched-pair design.

However, this study also has two major limitations. Although the prevalence of migraine headaches is the highest in young adults and tends to decrease with age, this study only included participants aged between 60 and 80 years, thus potentially introducing a bias into the statistical analyses. Furthermore, headaches related to an underlying ischemic cerebral lesion are frequently misdiagnosed as migraine headaches in the elderly, which may have affected the results of the present study.

NOTES FOR EDITORS
Full study: “Association between migraine headaches and dementia in more than 7,400 patients followed in general practices in the United Kingdom” by Karel Kostev, Jens Bohlken, and Louis Jacob, appearing online in the Journal of Alzheimer’s Disease, in advance of the publication of Volume 71, Issue 1 by IOS Press (DOI:10.3233/JAD-190581).

The study is online at: content.iospress.com/articles/journal-of-alzheimers-disease/jad190581.

The study was not funded by any pharmaceutical companies and is the result of the independent research activities of IQVIA.

About the Journal of Alzheimer's Disease
Now in its 22nd year of publication, the Journal of Alzheimer's Disease (JAD) is an international multidisciplinary journal to facilitate progress in understanding the etiology, pathogenesis, epidemiology, genetics, behavior, treatment, and psychology of Alzheimer's disease. The journal publishes research reports, reviews, short communications, book reviews, and letters-to-the-editor. Groundbreaking research that has appeared in the journal includes novel therapeutic targets, mechanisms of disease, and clinical trial outcomes. JAD has a 2018 Journal Impact Factor of 3.517 according to Journal Citation Reports (Web of Science Group, 2019). The journal is published by IOS Press. j-alz.com