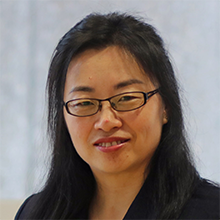 Using the Alzheimer’s Disease Assessment Scale-Cognition (ADAS-Cog) to assess cognition, the results of the trial were substantial. The six-month change in ADAS-Cog was 1.0±4.6 (cycling) and 0.1±4.1 (stretching), which were both significantly less than the expected 3.2±6.3-point increase observed naturally with disease progression.

“Our primary finding indicates that a six-month aerobic exercise intervention significantly reduced cognitive decline in comparison to the natural course of changes for Alzheimer’s dementia. However, we didn’t find a superior effect of aerobic exercise to stretching, which is likely due to the pilot nature of our trial. We don’t have the statistical power to detect between-group differences, there was substantial social interaction effect in the stretching group, and many stretching participants did aerobic exercise on their own,” Professor Yu said.

The findings are described in a recently published article, Cognitive Effects of Aerobic Exercise in Alzheimer’s Disease: A Pilot Randomized Controlled Trial, in the Journal of Alzheimer's Disease.

The study was supported by the National Institutes of Health.