AGEs are a group of compounds that are combinations of sugars and proteins and other large molecules. They can be formed in the body, and there is a large body of literature on AGEs and Alzheimer's disease. However, AGEs are also formed when food is cooked at high temperatures or aged for a long time such as in hard cheese. AGEs increase the risk of various chronic diseases through several mechanisms including increased inflammation and oxidative stress. They can also bind to the receptor for AGEs (RAGE). RAGE transports beta-amyloid proteins across the blood-brain barrier and contributes to the development of Alzheimer's disease.

Our newly published paper is the first that estimated the AGE content of diets from observational studies in various countries, which estimated the link between dietary factors and risk of Alzheimer's disease. For this purpose, the values for AGE for many types of food were taken from a study by researchers at the Mount Sinai School of Medicine in New York. They cooked 549 foods by different methods and measured the AGE content of the cooked food. They found that the higher the cooking temperature, the higher the AGE content. For example, 100 grams of raw beef had 707 kU of AGEs, but 100 grams of roast beef had 6071 kU.

To use their findings in our study, we obtained information from observational studies in which diet was assessed using food frequency questionnaires or from national dietary supply values from the Food and Agriculture Organization of the United Nations. We then used either a range of cooking temperatures or methods for the observational studies or an estimate of average cooking methods and temperatures for the national dietary supply data.

In typical national diets, we found that meat made the highest contribution of AGEs, followed by vegetable oils, cheese, and fish. Foods such as cereals/grains, eggs, fruit, legumes, milk, nuts, starchy roots, and vegetables generally make low contributions to the total amount of AGEs in a diet, either because they are generally prepared at low temperatures or since they comprise smaller portions of diets.

According to Drs. Jaime Uribarri and Weijing Cai of The Icahn School of Medicine at Mount Sinai, "This epidemiological study supports our previous findings in animals and humans of an important role for dietary AGEs in Alzheimer’s disease. We found that mice kept on a diet high in AGEs, similar to Western diet, had high levels of AGEs in their brains together with deposits of amyloid-β, a component of the plaques characteristic of Alzheimer’s disease, while at the same time developed declines in cognitive and motor abilities. The mice fed a low AGE diet remained free of these conditions. In addition, clinical studies have shown that subjects with higher blood AGE levels, in turn resulting from high AGE diets, are more likely to develop cognitive decline on follow up.

The findings point to an easily achievable goal that could reduce the risk of dementia through the consumption of non-AGE-rich foods, for example, foods that cooked or processed under lower heat levels and in the presence of more water, raising the importance of not just what we eat, but also how we prepare what we eat." 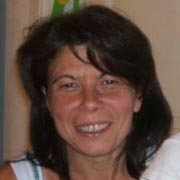 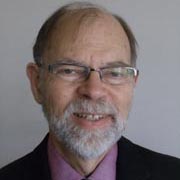 ABOUT THE JOURNAL OF ALZHEIMER’S DISEASE (JAD)
The Journal of Alzheimer's Disease (http://www.j-alz.com) is an international multidisciplinary journal to facilitate progress in understanding the etiology, pathogenesis, epidemiology, genetics, behavior, treatment and psychology of Alzheimer's disease. The journal publishes research reports, reviews, short communications, book reviews, and letters-to-the-editor. Groundbreaking research that has appeared in the journal includes novel therapeutic targets, mechanisms of disease and clinical trial outcomes. The Journal of Alzheimer's Disease has an Impact Factor of 3.612 according to Thomson Reuters' 2013 Journal Citation Reports. It is ranked #22 on the Index Copernicus Top 100 Journal List. The Journal is published by IOS Press (http://www.iospress.nl)