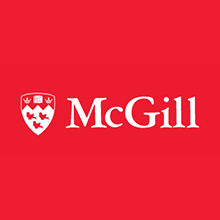 Testing a long-standing hypothesis, researchers at the Lady Davis Institute discovered a small increase in the risk of developing Alzheimer’s disease among those who had experienced certain infectious diseases.

Montreal, QC, Canada – A large-scale population-based study led by Paul Brassard, MD, of the Lady Davis Institute at the Jewish General Hospital, discovered that there is an association between infectious disease burden and the risk of Alzheimer’s disease (AD). The results are published in the Journal of Alzheimer’s Disease.

“As we look for fresh approaches to understanding how and why Alzheimer’s disease takes hold of the brain, interest has grown in the hypothesis that infection is somehow linked with the disease,” said Dr. Brassard, a Senior Investigator at the Centre for Clinical Epidemiology and Associate Professor of Medicine at McGill University. “Since we did establish an association between this factor and AD, the clinical take-away is that prevention and treatment of certain infectious diseases over the course of a person’s life may serve to lessen the risk of eventually developing Alzheimer’s.”

The research team employed the United Kingdom Clinical Practice Research Datalink, one of the largest medical databases in the world. They included all dementia-free subjects over the age of 50 between January 1988 and December 2017. The cohort included 4,262,092 individuals (whose mean age at cohort entry was just over 60; 52% were female). During a median follow-up of 10.5 years, 40,455 cases of AD were matched to 1,610,502 controls. Among the infections included in the analysis were: herpes labialis or genitalis, cytomegalovirus related hepatitis, retinitis, or colitis, mononucleosis, Lyme disease, gingivitis, urinary tract infections, gastritis, pneumonia, and candidiasis, all of which are caused by pathogens that have been linked to AD in the past.

“It’s speculation, but there is biological plausibility to the idea that the inflammatory process of infection enables pathogens to penetrate the blood-brain barrier and to contribute to the mechanisms that ultimately promote AD,” suggests Dr. Brassard. “More and more, we are finding that AD is a function of multiple factors. If we can say that certain infectious diseases are contributors, then we have a strong argument in favor of preventive measures.”

This study employed data that preceded the emergence of COVID-19 and it will be many years before enough data will exist to tease out a connection, if any, between the SARS-CoV2 virus and AD. However, given that this virus has caused neurological effects in some patients, it could be important to determine whether it has other associations in the long term and whether vaccines could serve a protective function.

Dr. Brassard and his associates believe that considering the limitations of this large observational study, the infection hypothesis is a worthwhile area for further study with regard to AD.

“Since we only looked at individuals who were over 50 years of age, we encourage research to determine whether infections earlier in life hold any association with the eventual emergence of AD,” said Antonios Douros, MD, the paper’s first author. An Assistant Professor of Medicine at McGill and Investigator at the LDI, he went on, “Also, whether vaccination or treatment against certain pathogens linked to AD puts people at less risk. While it is extremely difficult to avoid common infections throughout the course of one’s life, the argument for early intervention would certainly be strengthened if it is shown to protect against this terrible fate later on.”

About the Lady Davis Institute at the Jewish General Hospital
The Lady Davis Institute for Medical Research (LDI) opened its doors in 1969, some 30 years after the founding of its parent institution, Montreal’s world-renowned Jewish General Hospital (JGH). The LDI is an integral part of JGH and has strong academic links to McGill University. All basic science and clinical investigators at the LDI have university appointments. The LDI boasts more than 200 researchers, 100 administrative and support staff, and about 175 post-graduate students and post-doctoral fellows who receive their research training at the Institute yearly. Special areas of interest include Cancer Therapeutics, Molecular Oncology, Cell and Gene Therapy, AIDS/HIV, Aging, Hypertension and Cardiovascular Disease, Clinical Epidemiology, and Psychosocial Aspects of Disease. The LDI is one of the most productive hospital-based research institutes in Canada in terms of peer-reviewed grant funding per square feet. ladydavis.ca; jgh.ca