New Study Shows the Relationship Between Surgery and Alzheimer's Disease 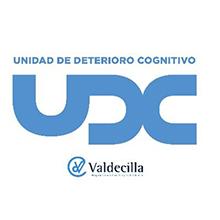 Sandander, Spain – A new study published in the Journal of Alzheimer’s Disease carried out by researchers at the Marqués de Valdecilla-IDIVAL University Hospital, in collaboration with researchers at the University of Bonn Medical Center, proposes that major surgery is a promoter or accelerator of Alzheimer's disease (AD). The first author of the publication was Carmen Lage and the principal investigator Pascual Sánchez-Juan.

AD is one of the greatest public health challenges. From the moment the first lesions appear in the brain to the clinical manifestations, up to 20 years can pass. Today we can detect the presence of these initial lesions through biochemical markers such as amyloid-β, which is one of the main proteins accumulated in the brains of Alzheimer's patients. The frequency of amyloid-β deposits in healthy people increases with age, and after 65 years of age, they would be present in up to one-third of the population. However, it is not well known what determines how in amyloid-β carriers the disease progresses more or less rapidly towards dementia or even remains inactive.

Carmen Lage said: “Although the phenomenon of cognitive deterioration after surgery has been known for a long time, there are few studies that relate it to AD. In the clinic, the patient’s relatives frequently tell us that memory problems began after a surgical procedure or a hospital admission. This posed the following question: Is this just a recall bias or has surgery triggered the appearance of the symptoms in a previously affected brain?”

This is the question that motivated the work developed by researchers from the Marqués de Valdecilla University Hospital-IDIVAL exploring the relationship between cerebrospinal fluid (CSF) amyloid-β levels and surgery. The researchers administered cognitive tests to healthy individuals over the age of 65 before undergoing orthopedic surgery; obtained samples of CSF to determine amyloid-β levels during anesthesia; and then administered the same tests again nine months later. The main result was that half of the patients’ cognition worsened compared to their state before surgery, and those who had altered amyloid-β levels exhibited a pattern compatible with the onset of AD, in which memory problems predominated.

Carmen Lage said: “Before the surgery, the memory test scores of the subjects with abnormal amyloid-β levels were indistinguishable from those of subjects with normal levels, and yet after surgery, they were significantly worse. These results lead us to the conclusion that major surgery can trigger different patterns of cognitive alterations, depending on the previous presence or absence of Alzheimer's pathological changes. While subjects without amyloid-β pathology showed a deterioration that does not affect memory, probably associated with factors intrinsic to the surgery itself, those with amyloid-β pathology suffered a cognitive deterioration that predominantly affected memory, and which was consistent with the first clinical manifestations of AD and therefore associated with greater probabilities of progression to dementia.”

Dr. Pascual Sanchez-Juan added: “The progressive aging of our societies and the improvement in surgical technique mean that more and more elderly and fragile individuals are undergoing surgery. Pre-surgical evaluation always assesses whether cardiac or respiratory function will withstand the surgery, however, the potential consequences of the operation for the patient's brain are not usually determined. Our results would advocate that pre-surgical evaluation studies include cognitive tests, and even the analysis of Alzheimer's biomarkers, especially once these become widely available in plasma.”

About the Journal of Alzheimer's Disease
Now in its 24th year of publication, the Journal of Alzheimer's Disease (JAD) is an international multidisciplinary journal to facilitate progress in understanding the etiology, pathogenesis, epidemiology, genetics, behavior, treatment, and psychology of Alzheimer's disease. The journal publishes research reports, reviews, short communications, book reviews, and letters-to-the-editor. Groundbreaking research that has appeared in the journal includes novel therapeutic targets, mechanisms of disease, and clinical trial outcomes. JAD has a Journal Impact Factor of 3.909 according to Journal Citation Reports (Clarivate, 2020). It is published by IOS Press. j-alz.com