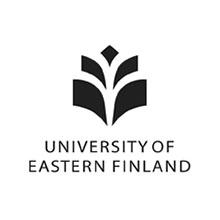 Kuopio, Finland – Opioid analgesics were associated with a 30% increase in the risk of pneumonia in persons with Alzheimer’s disease, a recent study from the University of Eastern Finland shows. The risk was most pronounced in the first two months of use. This is the first study to investigate the association between opioids and pneumonia in this population. The results were published in the Journal of Alzheimer’s Disease.

The risk of pneumonia was highest among those using strong opioids, such as oxycodone or fentanyl, but the risk was also increased among those using buprenorphine, tramadol or codeine. Persons with active cancer were excluded from the study, and other diseases and drug use were accounted for in the analyses. Opioids impair the cough reflex and respiratory functions and cause sedation, possibly underlying the increased risk for pneumonia.

Pneumonia is a severe but relatively common complication among persons with Alzheimer’s disease, and often leads to hospitalisation and even death. Opioids are important in the treatment of severe acute pain, but treatment should be initiated at a low dose and regularly assessed for both benefit and harm. The diagnosis and assessment of pain is challenging among persons with Alzheimer’s disease due to problems in communication.

NOTES FOR EDITORS
Full study: "Hospital-Treated Pneumonia Associated with Opioid Use Among Community Dwellers with Alzheimer's Disease" by Aleksi Hamina, Heidi Taipale, Niina Karttunen Antti Tanskanen, Jari Tiihonen, Anna-Maija Tolppanen and Sirpa Hartikainen, published in Journal of Alzheimer’s Disease in advance of publication of Volume 69, Issue 3 (online in advance of issue 20 May 2019) (DOI: 10.3233/JAD-181295). The article is available for download at: content.iospress.com/articles/journal-of-alzheimers-disease/jad181295.

About Journal of Alzheimer's Disease
The Journal of Alzheimer’s Disease (JAD) is an international multidisciplinary journal to facilitate progress in understanding the etiology, pathogenesis, epidemiology, genetics, behavior, treatment and psychology of Alzheimer’s disease. The journal publishes research reports, reviews, short communications, book reviews, and letters-to-the-editor. Groundbreaking research that has appeared in the journal includes novel therapeutic targets, mechanisms of disease and clinical trial outcomes. JAD has an Impact Factor of 3.476 according to the 2017 Journal Citation Reports (Clarivate Analytics, 2018). j-alz.com