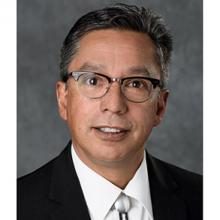 Subtle differences in cognition may help identify individuals at risk for becoming dependent years later upon others to complete daily activities, such as managing medications or finances and other essential activities.

Writing in the September 29, 2020 online issue of the Journal of Alzheimer’s Disease, researchers at University of California San Diego School of Medicine, with colleagues elsewhere, linked poorer cognitive performance in a single testing with subsequent greater risk for impaired daily life activities nearly a decade later.

The study involved a diverse but understudied cohort of Latinos living in the United States. Outcomes were most severe for individuals 70 years and older, but gender and ethnic background, such as Mexican or Puerto Rican, were not significant differentiators. The authors said the findings in sum highlight the need for early preventive care across Latinos and Latinas of various backgrounds.

Family members often provide unpaid care for individuals with impairments in daily activities; Latinos are no exception. Among the more than 16 million unpaid caregivers of persons with dementia, Latinos spend an average of 10 more hours per week in caregiving duties than their non-Latino, white counterparts, according to the Alzheimer’s Association.

Study authors examined data from more than 6,000 participants enrolled in the Hispanic Community Health Study/Study of Latinos, the most comprehensive study of Hispanic/Latino health and disease in the U.S. and the Study of Latinos-Investigation of Neurocognitive Aging, an ongoing study supported by the National Institute on Aging (NIH). Participants resided in one of four U.S. metropolitan areas: Bronx, NY; Chicago, IL; Miami, FL; and San Diego, CA and represented diverse Latino backgrounds, including Central Americans, Cubans, Dominicans, Mexicans, Puerto Ricans and South Americans.

Participants underwent a variety of cognitive tests at a single testing point. Approximately seven years later, researchers assessed their level of dependence in activities of daily living (IADL), based on a self-report questionnaire. Specifically, researchers looked at cognitively engaging activities considered important to everyday living, such as managing finances. These types of mentally engaging activities tend to decline earlier in the dementia disease process than basic activities, like personal grooming.

“The majority of participants did not show impairments in IADLs, which is to be expected in a relatively healthy community-dwelling sample of 50-plus year-olds,” said first author Ariana M. Stickel, PhD, a postdoctoral scholar in the Department of Neurosciences at UC San Diego School of Medicine.

“Despite this, we found that individuals with poorer cognitive performance at the initial visit were more at-risk for later impairments in IADLs, which points to the importance of maintaining cognitive health in middle-age and older adulthood.”

In addition to predicting risk, performance on learning and memory tasks helped predict severity of future IADL impairment, indicating these measures may be most closely linked to independence in daily functions.

“Declines in learning and memory are common in dementia, particularly Alzheimer’s disease,” Gonzalez said. “We may be uncovering the earliest stages in which the disease manifests behavioral impairments.”

“We plan to investigate multiple biological, genetic and psychosocial pathways in which cognition and IADLs might be connected, using the NIA’s Health Disparities Framework, and the Research Framework for Cognitive Aging and Alzheimer’s disease for Diverse Latinos,” Gonzalez he said. “The more comprehensive our investigations of Latino cognitive aging, the better we can inform interventions that aim to maintain independence in daily activities.”

“Imagine what an extra year of independence would mean, especially for Latino families who disproportionately face economic hardships relative to whites,” added Stickel. “Being able to hold onto one’s independence later in life sends positive ripple effects to the individual, the family and the general public.”