Psychological Distress is a Risk Factor for Dementia: Results from a Danish Population-Based Study 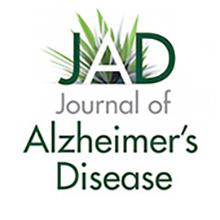 Copenhagen, Denmark – A new study suggests that vital exhaustion – which can be perceived as an indicator of psychological distress – is a risk factor for future risk of dementia. Researchers from the Department of Public Health, University of Copenhagen have, in collaboration with the National Research Centre for the Working Environment, and the Danish Dementia Research Centre, shown that being distressed in late midlife is associated with a higher risk of dementia in later life. The findings contribute to our understanding of psychological distress as an important risk factor that should receive more focus when considering prevention initiatives in relation to later dementia.

Psychological distress can be defined as a state of emotional suffering sometimes accompanied by somatic symptoms. Vital exhaustion is operationalized as feelings of unusual fatigue, increased irritability and demoralization and can be considered an indicator of psychological distress. Vital exhaustion is suggested to be a response to unsolvable problems in individuals’ lives, in particular when being incapable of adapting to prolonged exposure to stressors. The physiological stress response, including cardiovascular changes and excessive production of cortisol over a prolonged period, may serve as the mechanism linking psychological distress with an increased risk of dementia.

Sabrina Islamoska, PhD student from the Department of Public Health, University of Copenhagen, has shown a dose-response relation between symptoms of vital exhaustion reported in late midlife and the risk of dementia later in life.

The researchers used survey data from 6,807 Danish participants from the Copenhagen City Heart Study, who responded to questions about vital exhaustion in 1991–1994. At the time of the survey, the participants were on average 60 years. The survey data were linked to national hospital, mortality and prescription registers in order to identify dementia cases. The participants were followed until the end of 2016.

Based on the results of this study, published in the Journal of Alzheimer's Disease, Islamoska has drawn attention to the debate on whether psychological distress in late midlife may be important for one’s later risk of dementia. Nevertheless, it is also possible that dementia pathology in an early stage result in more psychological distress.

“We were particularly concerned whether the symptoms of vital exhaustion would be an early sign of dementia. Yet, we found an association of the same magnitude even when separating the reporting of vital exhaustion and the dementia diagnoses with up to 20 years,” Islamoska said.

The results of this study supports that distress in late midlife may potentially increase the risk of dementia in later life. Despite adjusting for several other well-known risk factors for dementia, such as sex, marital status, lower educational level, lifestyle factors and comorbidities, the risk of dementia associated with vital exhaustion did not change.