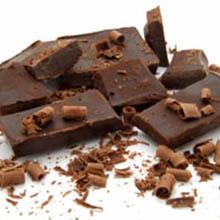 Amsterdam, NL – The potential benefits of dietary cocoa extract and/or its final product in the form of chocolate have been extensively investigated in regard to several aspects of human health. Cocoa extracts contain polyphenols, which are micronutrients that have many health benefits, including reducing age-related cognitive dysfunction and promoting healthy brain aging, among others.

Dr. Giulio Maria Pasinetti, MD, PhD, Saunders Family Chair and Professor of Neurology at the Icahn School of Medicine at Mount Sinai, Director of Biomedical Training at J.J. Peters Bronx VA Medical Center, is leading author of a recent paper entitled “Recommendations for development of new standardized forms of cocoa breeds and cocoa extract processing for the prevention of Alzheimer’s disease,” to be published in the Journal of Alzheimer’s Disease. This research suggests that “there is strong scientific evidence supporting the growing interest in developing cocoa extract, and potentially certain dietary chocolate preparations, as a natural source to maintain and promote brain health, and in particular to prevent age-related neurodegenerative disorders such as Alzheimer’s disease, which is the most common form of age-related dementia affecting an estimated 44 million people worldwide.” 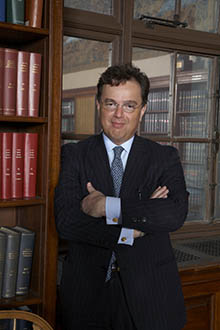 Previous studies from Dr. Pasinetti’s laboratory and others suggest that certain cocoa extract preparations may prevent or possibly delay Alzheimer’s disease in animal experimental models of the disease, in part by inhibiting the generation and promoting the clearance of toxic proteins, including β-amyloid (Aβ) and abnormal tau aggregates, in the brain through mechanisms mediated by polyphenols. Most importantly, the role of cocoa polyphenols in preventing abnormal accumulation of toxic protein aggregates in the brain would play a pivotal role in preventing the loss of synapses that are critical for functional connection among neurons. Recent clinical studies appear to confirm the potential beneficial role of certain cocoa extracts in delaying cognitive aging. The benefits of cocoa polyphenols in preventing synapse loss and, therefore, in preserving/restoring synaptic function may provide a viable and important strategy for preserving cognitive function and, thereby, protecting against the onset and progression of Alzheimer’s disease.

In spite of the promises of cocoa polyphenols for treating and/or preventing Alzheimer’s disease, Dr. Pasinetti hypothesizes in his new publication that there is a need for multidisciplinary collaborative efforts involving cocoa producers, wholesalers, and the biomedical community if we want to succeed in the development of cocoa extract for health benefits. For example, there are still major issues relating to the diminishing global supply of cocoa and the lack of consistency and reproducibility of cocoa extract processing, which should be carefully addressed. Changes in growth, climate/conditions, and cocoa plant diseases are decreasing the supply of cocoa. To address this, new breeds of cocoa, engineered to be fruitful, more resistant to disease, and more flavorful, are currently being investigated. Furthermore, little is known about how cocoa processing may influence the biological effect of cocoa extracts. Evidence suggests that certain procedures used in cocoa processing can significantly influence its polyphenol content, ultimately influencing its biological activity. Interestingly, two of the most common processing techniques for the chocolate we consume have been reported to result in the loss of as much as 90% of the polyphenols in cocoa.

Dr. Pasinetti notes that ongoing interdisciplinary research will provide an unprecedented opportunity to strengthen our understanding of the beneficial roles of cocoa polyphenols and improve cocoa development and processing in order to promote healthy brain aging and possibly prevent Alzheimer’s disease.

NOTES FOR EDITORS
This work is supported in part by the 1PO1AT004511-031 Center for Excellence in Research on Complementary Alternative Medicine (Program Director: Pasinetti).

Full text of the paper is available to credentialed journalists upon request by contacting Daphne Watrin at +31 20 688 3355 or d.watrin@iospress.nl.

The System includes approximately 6,100 primary and specialty care physicians; 12 minority-owned free-standing ambulatory surgery centers; more than 140 ambulatory practices throughout the five boroughs of New York City, Westchester, Long Island, and Florida; and 31 affiliated community health centers. Physicians are affiliated with the renowned Icahn School of Medicine at Mount Sinai, which is ranked among the highest in the nation in National Institutes of Health funding per investigator. Seven departments at The Mount Sinai Hospital and one at the New York Eye and Ear Infirmary (NYEE) ranked nationally in the top 25 in the 2015-2016 “Best Hospitals” issue of U.S. News & World Report. Mount Sinai’s Kravis Children’s Hospital also is ranked in seven out of ten pediatric specialties by U.S. News & World Report.