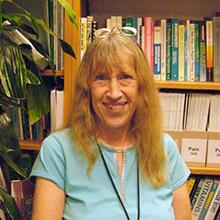 Lead investigator Kim Innes, PhD, Associate Professor in the Department of Epidemiology in the WVU School of Public Health, and her team have published a new study in the Journal of Alzheimer’s Disease.

The article details findings from their recent study of adults with subjective cognitive decline (SCD), which suggest that the practice of two simple mind-body therapies may have multiple benefits for patients with preclinical memory loss. There is growing evidence that SCD, the perception that one’s memory or cognitive abilities are noticeably worse than a few years before, may represent a preclinical stage of Alzheimer’s disease. Older adults with SCD are also at increased risk for poor mental health, impaired sleep, and diminished quality of life, factors that can lead to further cognitive decline, highlighting the need for early intervention.

In their study, 60 older adults with SCD and concern regarding their memory problems were randomly assigned to one of two 12-week relaxation programs: Kirtan Kriya meditation or music listening. Participants were asked to practice 12 minutes daily for 12 weeks, then as often as they chose for the following three months. Researchers measured perceived stress, mood, psychological well-being, and health-related quality of life at zero, three, and six months. Both groups showed marked, sustained and significant improvements in all outcomes, with gains that were particularly pronounced in the meditation group. Positive changes in stress, well-being, and mood were also correlated with improvements in certain measures of memory and cognitive performance, suggesting a possible functional relationship between changes in psychological status and those in cognitive function. Together, findings of this preliminary study suggest that these two simple mind-body practices may have therapeutic promise for individuals with early memory loss.