New research from the University of Toronto Mississauga definitively puts to rest a theory that Lyme disease causes Alzheimer’s.

While researching his book "The Alzheimer’s Epidemic—Searching for Causes and a Cure" (Emeritus Books), U of T Mississauga Professor Emeritus Danton O’Day was intrigued to discover studies and popular professional opinion supporting a potential link between Lyme disease and Alzheimer’s deaths. In 2012, there were 315 reported cases of Lyme disease in Canada, although the Canadian Lyme Disease Foundation estimates the actual number to be in the thousands. Alzheimer’s disease affects 750,000 Canadians.

Lyme disease is an illness that is spread to humans through the bite of ticks infected with corkscrew-shaped bacteria known as Borrelia burgdorferi. Part of the spirochete family of bacteria, B. burgdorferi can cause neuroborreliosis, which can lead to dementia. Alzheimer’s disease causes a similar loss of cognitive ability and, eventually, death.

Studies suggested a link between the two diseases because earlier research had detected the presence of spirochete bacteria, including B. burgdorferi, in the brains of individuals with Alzheimer’s disease.

“Lyme disease can be easily detected and cured with antibiotics,” O’Day said. “In contrast, the causes of Alzheimer’s disease remain unknown and there is no cure.”

To investigate whether there was any substance to this unproven but potentially fatal relationship, O’Day collected data from the U.S. Centers for Disease Control and Prevention on reported incidence of Lyme disease and Alzheimer’s-related deaths. Together with Andrew Catalano, a recent PhD graduate from O’Day’s research group who is now a post-doctoral fellow at City College of New York, O’Day compared data to see if states with high incidences of Lyme disease also showed a high incidence of deaths related to Alzheimer’s.

“Statistical analyses revealed a complete lack of correlation between the two diseases, strongly suggesting that Lyme disease could not be the cause Alzheimer’s,” O’Day said.

The United States is the only source to report location-specific data on the two diseases, but O’Day says that the findings are equally relevant in Canada. “While such complete data does not exist in Canada to make equivalent comparisons, there are no valid reasons this conclusion would not hold here as well as for any other country world-wide.”

“Because of this growing impact Alzheimer’s disease will have in Canada and world-wide, we need to understand the true factors that underlie the disease,” said O’Day. “We need to quickly rule out concerns, like Lyme disease, that unnecessarily cause widespread fear and interfere with attempts to fully understand the causes of Alzheimer’s disease.”

The research, which was published in the August 2014 issue of the Journal of Alzheimer’s Disease, was supported by the Natural Sciences and Engineering Research Council of Canada (NSERC). 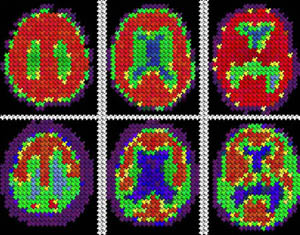