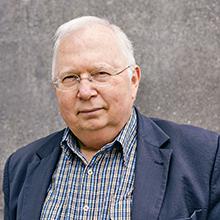 Aberdeen, UK – In a paper published online in the Journal of Alzheimer’s Disease, TauRx reported that the drug it is developing for treatment of Alzheimer’s disease (hydromethylthionine) also has significant pharmacological activity in behavioural variant fronto-temporal dementia (bvFTD). The study reports a pharmacokinetic analysis of the relationship between treatment dose, blood levels and pharmacological activity of the drug hydromethylthionine on the brain in 176 patients with bvFTD. The results showed that, even at the lowest dose of hydromethylthionine tested (8 mg/day), the drug (taken as a tablet) produced statistically significant concentration-dependent effects on clinical decline and brain atrophy with results similar to those reported recently in Alzheimer’s disease (AD).

Professor George Perry, Editor-in-Chief of Journal of Alzheimer’s Disease, commented: “This is the first report of a drug that has pharmacological activity on clinical decline and brain atrophy in bvFTD. The data now available in two different diseases highlight the potential of hydromethylthionine as an important new avenue for treatment of neurodegenerative diseases.”

Hydromethylthionine blocks abnormal aggregation in the brain of the proteins linked to over 80% of bvFTD (tau protein and TDP-43 protein) [1]. A global Phase 3 clinical trial was conducted in 220 patients meeting international consensus criteria for a diagnosis of bvFTD1 who also had definite evidence of brain atrophy on their brain scan. Hydromethylthionine was tested at doses of 200 mg/day against a low dose of 8 mg/day which was intended only as a control to mask the discolouration of urine that can sometimes occur with the drug. The study design was based on the findings from an earlier trial in AD that used a different variant of the drug [2]. As in the recently reported hydromethylthionine trials in AD, there was no difference between the high dose and the low dose on any of the clinical outcomes in the trial [3,4].

To explore these results further, the researchers conducted a pharmacokinetic population analysis using plasma concentration data from patients who participated in the trial to measure how blood levels of the drug relate to its effects on the brain. Of the 220 patients initially randomized to the trial, blood samples and outcome data at baseline and at 12 months were available for 176. Using a new assay, the researchers found that the effects of hydromethylthionine at the 8 mg/day dose were determined by the blood level, and that the majority of patients had high enough blood levels of the drug even at this low dose to reduce clinical decline and brain atrophy by about half over 12 months compared to those with minimal blood levels. The high dose of 200 mg/day gave no additional benefit. The analyses suggest that a dose of about 30 mg/day would be optimal for treating bvFTD and could reduce the rate of disease progression even more. TauRx now plans to test this dose in a placebo-controlled confirmatory trial.

The analysis also showed that the concentration-response profile in bvFTD is similar to that recently reported in AD [5]. Disease progression is linked to abnormal aggregation of Tau and TDP-43 proteins inside nerve cells in the brain in both diseases. The present results support the idea that hydromethylthionine works in a similar way in both AD and bvFTD.

Prof. Claude Wischik, of Aberdeen University and executive chairman of TauRx Therapeutics Ltd. commented: “These new results, coming as they do on top of the similar results we recently reported in AD, provide independent confirmation that hydromethylthionine has important pharmacological activity on brain structure and function in neurodegenerative diseases caused by abnormal protein aggregation. The results in bvFTD now give us the confidence to progress with a further confirmatory trial which we hope to begin recruiting early next year. A confirmatory trial in AD is already under way.”

Professor Serge Gauthier, Director of the Alzheimer Disease Research Unit, McGill Center for Studies in Aging, commented: “Although much rarer than AD, bvFTD is a severely debilitating and rapidly progressive disease that is extremely distressing for families. The possibility of a new drug on the horizon in the form of hydromethylthionine for the first time offers a real hope for those affected.”

About the Study
This study reports the results of a global Phase 3 trial in 220 patients with bvFTD conducted between 2013 – 2016 at 70 sites in 13 countries (Canada, United States, Australia, Asia, Europe). Patients had to be younger than 80 years of age and have a diagnosis bvFTD according to criteria revised by the International bvFTD Criteria Consortium [1] with Mini-mental Status Examination score greater than or equal to 20 at screening. Patients were randomly assigned to receive hydromethylthione at doses of 200 or 8 mg/day. The validated lower limit of quantification of the pharmacokinetic assay was 0.20 ng/mL, corresponding to an estimated steady state peak plasma concentration of 0.346 ng/ml in bvFTD patients. About 35% of patients taking the 8 mg/day dose had plasma concentrations below this level.

About Hydromethylthionine (LMTM) and Protein Aggregation Inhibitors
TauRx’s protein aggregation inhibitors have arisen from nearly 30 years of research. They work by preventing the abnormal aggregation process responsible for protein accumulations inside cells that impair neuronal function. The first-generation version of the drug, rember® was a patented, highly-purified version of methylthioninium chloride (methylene blue), a compound previously used to treat a variety of conditions. Methylene blue was previously shown to reduce aggregation of TDP-43 in cell models [6], and likewise for tau with both methylthene blue and hydromethylthionine [7]. Hydromethylthionine is a stable reduced form of methylthioninium, which is better absorbed [8] than methylene blue and has been tested in clinical trials in mild-to-moderate Alzheimer’s disease and in bvFTD. A 12-month placebo-controlled clinical trial for AD is currently ongoing at 150 sites in US and EU.

About TauRx Therapeutics Ltd
TauRx Therapeutics Ltd is a member of the TauRx Pharmaceuticals group, which is developing technology spun-out from the University of Aberdeen, Scotland. The company was established in Singapore in 2002 with the aim of developing new treatments and diagnostics for a range of neurodegenerative diseases. The company’s protein aggregation inhibitor, hydromethylthionine, targets aggregates of abnormal fibres of tau and TDP-43 proteins that form inside nerve cells in the brain. TauRx’s headquarters are in Singapore and its primary research facilities are based in Aberdeen.  taurx.com