Is There a Link Between Lifetime Lead Exposure and Dementia? 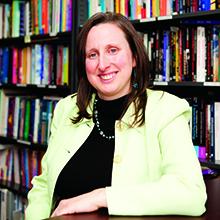 Toronto, ON, Canada – To the medical community’s surprise, several studies from the US, Canada, and Europe suggest a promising downward trend in the incidence and prevalence of dementia. Important risk factors for dementia, such as mid-life obesity and mid-life diabetes, have been increasing rapidly, so the decline in dementia incidence is particularly perplexing.

A new hypothesis by University of Toronto Professor Esme Fuller-Thomson, recently published in the Journal of Alzheimer’s Disease, suggests that the declining dementia rates may be a result of generational differences in lifetime exposure to lead. U of T pharmacy student ZhiDi (Judy) Deng, co-authored the article.

“While the negative impact of lead exposure on the IQ of children is well-known, less attention has been paid to the cumulative effects of a lifetime of exposure on older adults’ cognition and dementia,” says Fuller Thomson, director of the Institute of Life Course and Aging and professor at the Factor-Inwentash Faculty of Social Work. “Given previous levels of lead exposure, we believe further exploration of the of this hypothesis is warranted.”

Leaded gasoline was a ubiquitous source of air pollution between the 1920s and 1970s. As it was phased out, beginning in 1973, levels of lead in citizens’ blood plummeted. Research from the 1990s indicates that Americans born before 1925 had approximately twice the lifetime lead exposure as those born between 1936 and 1945.

Lead is a known neurotoxin that crosses the blood-brain barrier. Animal studies and research on individuals occupationally exposed to lead suggest a link between lead exposure and dementia. Other studies have shown a higher incidence of dementia among older adults living closer to major roads and among those with a greater exposure to traffic related pollution.

Fuller-Thomson and Deng are particularly interested in a potential link between lifetime lead exposure and a recently identified subtype of dementia: Limbic-predominant Age-related TDP-43 Encephalopathy (LATE), whose pathological features have been identified in 20 per cent of dementia patients over the age of 80.

Other plausible explanations for the improving trends in dementia incidence include higher levels of educational attainment, lower prevalence of smoking, and better control of hypertension among older adults today compared to previous generations. However, even when these factors are statistically accounted for, many studies still find incidences of dementia declining.

The authors suggest that next steps to assess the validity of this hypothesis could include: comparing 1990s assessment of blood lead levels to current Medicare records, assessing lead levels in teeth and tibia bones (which serve as proxies for life-time exposure) when conducting post-mortems of brains for dementia, and examining the association between particular gene variants associated with higher lead uptake and dementia incidence.

“If lifetime lead exposure is found to be a major contributor to dementia, we can expect continued improvements in the incidence of dementia for many more decades as each succeeding generation had fewer years of exposure to the neurotoxin,” says Deng.

NOTES FOR EDITORS
Full study: "Could Lifetime Lead Exposure Play a Role in Limbic-predominant Age-related TDP-43 Encephalopathy (LATE)?" by E Fuller-Thomson E and Z Deng (DOI: 10.3233/JAD-190943), published online in the Journal of Alzheimer's Disease ahead of the publication of Volume 73, Issue 2 by IOS Press. This article is available at: content.iospress.com/articles/journal-of-alzheimers-disease/jad190943.

A full copy of the paper is available to credentialed journalists upon request.