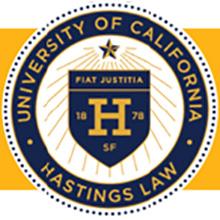 San Francisco, CA, USA – The US is one of the only nations in the world that allows pharmaceutical companies to advertise directly to patients: now, TV ads have been linked with higher utilization rates for certain prescription drugs, especially among older patients. This is according to a study published in the Journal of Alzheimer’s Disease and authored by Professor Robin Feldman of the University of California Hastings College of Law.

Prof. Feldman examined advertising expenditure data and Medicare Part D drug purchase claims for 14 commonly used drugs. For all 14 drugs, advertising spending was positively correlated with utilization for all patients, regardless of age. However, for seven of the 14 drugs studied, including ones regularly used to treat mental health, the correlation between advertising spending and drug utilization in the 65-and-older patient group was significantly stronger than for patients under 65.

Prof. Feldman believes it is too soon to know the full drivers of these findings, but they clearly raise concerns. “We know that drug companies have increased their total spending for TV advertising by more than US$1 billion or by 44% over roughly the last decade,” Feldman said. The study does not assert that the findings mean the advertising causes seniors to respond with greater drug utilization. “But they do suggest that physicians who treat seniors should be mindful of this link, particularly those who treat seniors with Alzheimer’s disease,” Prof. Feldman said.

The paper reports, on one hand, that television advertising spending was associated with seniors enrolling more vigorously when overall utilization of a drug was increasing. For instance, spending for the bipolar treatment lurasidone was associated with a growth in prescriptions 3.5 times greater among seniors compared to patients under 65. At the same time, advertising is associated with higher utilization for seniors when use of a drug is increasing in the market, and utilization that declines more slowly when use of the drug is decreasing in the market. For example, use of the arthritis drug celecoxib by patients under 65 dropped 3.3 times faster compared to older patients’ utilization. In other words, there is heightened growth during the upward cycle and stickiness during the downward cycle.

The paper advises physicians who treat seniors with Alzheimer’s disease to be aware of this result in light of the medications that patients may take for other disease states, particularly mood and mental health medications.

About the Center for Innovation
The Center for Innovation (C4i) at UC Hastings College of the Law promotes data-driven law-making and seeks to empower policymakers and regulators to make informed, evidence-based decisions, particularly at the intersection of law and technology. It was founded in 2012 by Professor Robin Feldman, who leads the center today. More than a think tank, the 12-person team is an action tank invested in identifying implementable solutions to today’s problems. uchastings.edu/center-for-innovation

About the Author
Professor Robin Feldman is one of the  leading experts in the US in the complex area of intellectual property and pharmaceutical law. While her intellectual property expertise is extensive, she may be best known for her work on drug patents, trade secrets, drug pricing and access, and for making these complex topics accessible to the public, lawmakers, and the media. She is the Arthur J. Goldberg Distinguished Professor of Law at UC Hastings College of Law, the Albert Abramson ’54 Distinguished Professor of Law Chair, and Director of the UC Hastings Center for Innovation (C4i). Prof. Feldman has published four books, including Drugs, Money, & Secret Handshakes: The Unstoppable Growth of Prescription Drug Prices and Drug Wars. She has authored more than 50 scholarly articles, including "May Your Drug Price Be Evergreen" – the journal article that the database is rooted in and was published in the peer-reviewed Journal of Law and the Biosciences. Prof. Feldman’s expertise has been sought from and cited extensively by the White House, numerous federal and state agencies, members of Congress, and her fellow scholars.