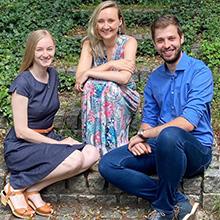 Prague, Czechia – According to a study published in Journal of Alzheimer's Disease, people born in winter seem to carry a life-long disadvantage in cognitive ageing. Specifically, their cognitive skills are lower when compared to people born in other seasons, even when taking into account other influencing characteristics, such as their education, depression or cardiovascular diseases.

Cognitive skills are abilities to think, learn, reason, remember, or problem solve. When we get older, cognitive skills deteriorate naturally. However, in some individuals, the cognitive deterioration can be so severe that they cannot live independent lives any more – this is when we talk about the syndrome of dementia.

Researchers from Charles University Prague and National Institute of Mental Health in Klecany, Czechia studied over 70,000 individuals enrolled in Survey of Health, Aging and Retirement from 27 European countries and Israel. They were on average 64 years old at the start of the study and 55% of them were women. To measure cognitive skills, participants were given tests that assessed their verbal and memory skills, like being able to name animals, learning new words and recall them after a delay. They were evaluated at least twice during the duration of the study.

What could possibly explain these findings? "One potential mechanism could be that little sunlight during the winter months may lead to low levels of vitamin D as well as altered metabolism of specific neurotransmitters, which may in the end impact the development of cognitive skills," says Matěj Kučera who is about to start a PhD under joint supervision at Charles University Prague and Free University Amsterdam. Other possible explanations may be worse maternal nutrition during winter as well as exposure to viral infections in early life. Even though the relationship between season of birth and cognitive functions could be different for people born in Scandinavia than for those born in Southern Europe, the investigators did not find any convincing evidence of regional differences across Europe.

"Despite the influence of winter on the level of cognition, we were surprised that being born in winter did not seem to affect how fast the cognitive functions deteriorated in time. Unexpectedly, we saw that individuals born in summer had the highest rate of cognitive decline," says Katrin Wolfová, a PhD student at Charles University Prague, who is currently also a Fullbright fellow at Columbia University New York, USA. A likely explanation could be based on cognitive reserve theory. Previous studies reported that individuals who had a higher level of cognitive functions at the start (here people born in summer) deteriorate cognitively faster than individuals with lower cognitive functions (here people born in winter). With the higher cognitive reserve at the beginning, people may cope with the accumulating age-related pathologies in the brain for a longer time using compensatory mechanisms. However, once these resources are fully utilized, they deteriorate faster when compared to individuals who started with a lower level of cognition.

"This is another piece of evidence pointing towards early-life as a time to enhance the cognitive potential of our populations and implement strategies to prevent aging-related cognitive disorders," adds associate professor Pavla Čermáková, MD, PhD, the senior author of the study.

NOTES FOR EDITORS
Full study: “Association Between Season of Birth and Cognitive Aging in Older Adults: Pan-European Population-Based Study on 70,000 Individuals” by Matej Kucera, Katrina Wolfova, and Pavla Cermakova (DOI: 10.3233/JAD-210289), published online in the Journal of Alzheimer’s Disease in advance of the August 2021 publication of Volume 82, Issue 4. The article is available online at: content.iospress.com/articles/journal-of-alzheimers-disease/jad210289.

The authors were supported by the grant PRIMUS conducted at Charles University as well as grant from the Ministry of Health of the Czech Republic.

About the Journal of Alzheimer's Disease
Now in its 24th year of publication, the Journal of Alzheimer's Disease (JAD) is an international multidisciplinary journal to facilitate progress in understanding the etiology, pathogenesis, epidemiology, genetics, behavior, treatment, and psychology of Alzheimer's disease. The journal publishes research reports, reviews, short communications, book reviews, and letters-to-the-editor. Groundbreaking research that has appeared in the journal includes novel therapeutic targets, mechanisms of disease, and clinical trial outcomes. JAD has a Journal Impact Factor of 4.472 according to Journal Citation Reports (Clarivate, 2021). The journal is published by IOS Press. j-alz.com