Looking at the Way We Walk Can Help Predict Cognitive Decline 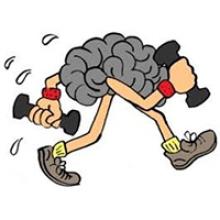 Amsterdam, NL – The way people walk is an indicator of how much their brains, as well as their bodies, are aging. Scientists reporting in a special supplement to the Journal of Alzheimer’s Disease (JAD) say that gait disorders, particularly slowing gait, should be considered a marker of future cognitive decline. They propose testing motor performance as well as cognitive performance in older adults with mild cognitive impairments.

“There is an emerging focus on the importance of assessing motor performance as well as cognitive performance to predict cognitive function loss,” explained guest editor Manuel Montero-Odasso, MD, PhD, Departments of Medicine (Geriatric Medicine), and Epidemiology and Biostatistics, Schulich School of Medicine & Dentistry, University of Western Ontario, and Gait and Brain Lab, Parkwood Institute, Lawson Health Research Institute, London, ON, Canada. “In the past two decades, large epidemiological studies have shown that gait disorders, particularly slowing gait, may be present at early stages of dementia or may even predict who will be at risk of progressing to dementia. Subtle impairments in gait are more prevalent in older adults with cognitive impairments and dementia and are also associated with an increased risk of falls.” 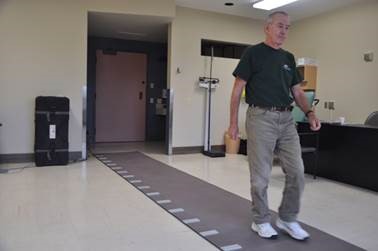 Caption: There’s something in the way you walk.

This supplement presents a comprehensive assessment of the current state of knowledge on the role of gait disturbances and quantitative gait analyses to be used as a motor biomarker to define subtypes of cognitive profiles and predict cognitive decline and dementia. It also evaluates screening tools that are important for developing strategies to prevent or delay onset of clinically meaningful change.

The issue showcases studies on: 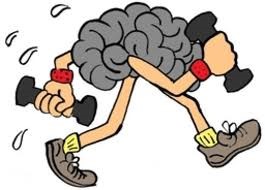 Caption: Gait testing may help to detect patients who could benefit from early interventions.

Gait testing may help to detect the subgroup of at-risk patients who may benefit the most from invasive diagnostic procedures or early interventions. ”We believe simple gait testing should be part of routine clinical assessment for older adults with cognitive impairments. Implementing this in clinics may be a challenge, but we hope the evidence presented in this issue will lead to progress in this area,” noted guest editor George Perry, PhD, Editor-in-Chief of JAD, Professor of Biology, Semmes Distinguished University Chair in Neurobiology, The University of Texas at San Antonio, TX, USA.

“Finding early dementia detection methods is vital,” added Dr. Montero-Odasso. “It is conceivable that in the future we will be able to make the diagnosis of AD and other dementias before people even have significant memory loss. In older adults with moderate cognitive impairment, slowing down their usual walking by more than 20 percent when they add a cognitive task is indicative of a seven-fold increased risk to develop AD in a five-year timeframe. We believe that gait, as a complex brain-motor task, provides a golden window of opportunity to detect individuals at higher risk of dementia who can benefit the most from more invasive testing or early interventions.”

Cognitive impairment and dementia carry a heavy healthcare burden. Around fifty million people worldwide have dementia. Every year there are nearly ten million new cases. AD is the most common form, accounting for around 60–70 percent of cases. Dementia is characterized by a progressive loss of cognitive function affecting memory, thinking, orientation, comprehension, calculation, learning capacity, language, and judgement. Impairments in gait are more common in dementia than in normal aging and may be related to the severity of cognitive decline.

The articles in this Gait Disorders special issue appear in Journal of Alzheimer’s Disease, Volume 71, Supplement 1 published by IOS Press. The supplement is openly available until November 15, 2019. To read more about the content of this special issue, view the JAD mailing here: bit.ly/JAD-Gait.

Contact
For further information please contact Diana Murray, IOS Press, +1 718-640-5678 or d.murray@iospress.com. To reach the guest editors or authors of specific papers for comment or for questions about the Journal of Alzheimer’s Disease, please contact George Perry at +1 210-458-8660 or george.perry@utsa.edu.

About the Journal of Alzheimer's Disease
Now in its 22nd year of publication, the Journal of Alzheimer's Disease (JAD) is an international multidisciplinary journal to facilitate progress in understanding the etiology, pathogenesis, epidemiology, genetics, behavior, treatment, and psychology of Alzheimer's disease. The journal publishes research reports, reviews, short communications, book reviews, and letters-to-the-editor. Groundbreaking research that has appeared in the journal includes novel therapeutic targets, mechanisms of disease, and clinical trial outcomes. JAD has a 2018 Journal Impact Factor of 3.517 according to Journal Citation Reports (Web of Science Group, 2019) and is published by IOS Press. j-alz.com