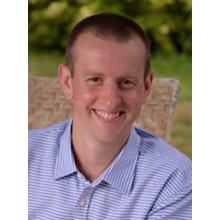 Philadelphia—Tests that measure the sense of smell may soon become common in neurologists’ offices. Scientists have been finding increasing evidence that the sense of smell declines sharply in the early stages of Alzheimer’s, and now a new study from the Perelman School of Medicine at the University of Pennsylvania published today in the Journal of Alzheimer’s Disease confirms that administering a simple “sniff test” can enhance the accuracy of diagnosing this dreaded disease.

The sniff test also appears to be useful for diagnosing a pre-dementia condition called mild cognitive impairment (MCI), which often progresses to Alzheimer’s dementia within a few years.

Neurologists have been eager to find new ways to identify people who are at high risk of Alzheimer’s dementia but do not yet show any symptoms. There is a widespread consensus that Alzheimer’s medications now under development may not work after dementia has set in.

“There’s the exciting possibility here that a decline in the sense of smell can be used to identify people at risk years before they develop dementia,” said principal investigator David R. Roalf, PhD, an assistant professor in the department of Psychiatry at Penn.

Roalf and his colleagues used a simple, commercially available test known as the Sniffin’ Sticks Odor Identification Test, in which subjects must try to identify 16 different odors. They administered the sniff test, and a standard cognitive test (the Montreal Cognitive Assessment), to 728 elderly people.

The subjects had already been evaluated by doctors at Penn with an array of neurological methods, and according to expert consensus had been placed in one of three categories: “healthy older adult,” “mild cognitive impairment,” or “Alzheimer’s dementia.” Roalf and his team used the results from the cognitive test alone, or combined with the sniff test, to see how well they identified subjects in each category.

As researchers report, the sniff test added significantly to diagnostic accuracy when combined with the cognitive test.

For example, the cognitive test alone correctly classified only 75 percent of people with MCI, but that figure rose to 87 percent when the sniff test results were added. Combining the two tests also enabled more accurate identification of healthy older adults and those with Alzheimer’s dementia. The combination even boosted accuracy in assigning people to milder or more advanced categories of MCI.

“These results suggest that a simple odor identification test can be a useful supplementary tool for clinically categorizing MCI and Alzheimer’s, and even for identifying people who are at the highest risk of worsening,” Roalf said.

Prompted by prior studies that have linked a weakening sense of smell to Alzheimer’s, doctors in a few larger dementia clinics already have begun to use smell tests in their assessments of elderly patients. Part of the reason the practice has not yet become common is that the tests that seem most useful take too long to administer. Roalf and colleagues are now trying to develop a briefer test that works as well as the longer ones.

“We’re hoping to shorten the Sniffin’ Sticks test, which normally takes 5 to 8 minutes, down to 3 minutes or so, and validate that shorter test’s usefulness in diagnosing MCI and dementia—we think that will encourage more neurology clinics to do this type of screening,” Roalf said.

Roalf and his laboratory also plan to investigate whether protein markers of Alzheimer’s, which are present in the olfactory region of the brain before dementia occurs, can be detected in nasal fluid to provide an even earlier warning of the disease process.

Studies suggest that a high proportion of older adults who have cognitive impairment are not identified as such, in part due to lack of adequate screening.

The study’s first author was Penn’s Megan Quarmley; the other co-authors were Paul J. Moberg, Dawn Mechanic-Hamilton, Sushila Kabadi, and David A. Wolk, all of Penn, and Steven E. Arnold of Harvard University and Massachusetts General Hospital.

Penn Medicine is one of the world's leading academic medical centers, dedicated to the related missions of medical education, biomedical research, and excellence in patient care. Penn Medicine consists of the Raymond and Ruth Perelman School of Medicine at the University of Pennsylvania (founded in 1765 as the nation's first medical school) and the University of Pennsylvania Health System, which together form a $5.3 billion enterprise.

The Perelman School of Medicine has been ranked among the top five medical schools in the United States for the past 18 years, according to U.S. News & World Report's survey of research-oriented medical schools. The School is consistently among the nation's top recipients of funding from the National Institutes of Health, with $373 million awarded in the 2015 fiscal year.

Penn Medicine is committed to improving lives and health through a variety of community-based programs and activities. In fiscal year 2015, Penn Medicine provided $253.3 million to benefit our community.