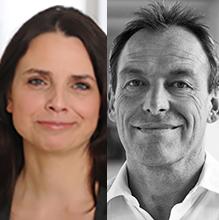 Psychological factors show a higher association than cognitive status for mismatch of subjective vs. objective risk of falling in patients with dementia with consequences for fall assessment as well as opening up new perspectives for interventions in fall prevention report scientists in JAD

Heidelberg, Germany – Dementia is associated with an impaired self-perception with potentially harmful consequences for health status and clinical risk classification in this patient group with an extraordinary high risk of falling. A new study published in the Journal of Alzheimer’s Disease indicates that psychological factors such as anxiety or fear of falling, cognitive sub-performances such as executive functions, as well as behavioral strategies such as support seeking and interplay with other risk factors should be considered when risk of falling is documented in patients with dementia (PWD).

“PwD show a threefold incidence of falls and a doubled incidences of severe falls as compared to peers without dementia and an inaccurate risk-perception and associated behavioral consequences may represent a link to this traumatic event in old age,” explained lead investigator Klaus Hauer, PhD, Department of Geriatric Research at the Bethanien Hospital/Geriatric center at the Heidelberg University, Germany.

Patients with neurodegenerative diseases often present with poor self-awareness that may exacerbate their already jeopardized decision-making and behavior. With respect to risk of falling and functional capacities, deficits in specific cognitive sub-performances such as executive function/working memory showed significant discriminative validity for fallers vs. non-fallers and documented restricted judgement in own motor planning while executive function also influenced overestimation of own functional abilities among fallers suggesting a potential mechanism for falling already in persons without cognitive impairment.

However other factors such as psychological or functional status or adaptive behavioral strategies have shown high associations with incorrect fall risk perception in study samples without cognitive impairment or unspecified cognitive status and those factors may interfere with, facilitate, compensate or even superimpose the effects of impaired cognition. Studies on mismatch of subjective vs. objective risk with focus on falls have so far not been published in PWD representing a highest risk group for falls.

“Although 2/3 of the study participants had a mismatch between subjective and objective risk, study results indicate that cognitive impairment per se does not lead to underestimation of risk of falling while results of specific cognitive subdomains such as less impaired executive and memory function was only associated with overestimation of risk in this group of persons with beginning to moderate stage dementia. Other factors such as anxiety, concerns about falling, activity avoidance, history of falls, or support seeking strategies represented more relevant parameters to discriminate between match or mismatch of objective vs subjective risk of falling,” commented co-investigator Ilona Dutzi, PhD, Department of Geriatric Research at the Bethanien Hospital/Geriatric Center at the Heidelberg University, Germany.

Results, especially so in the largest subgroup with underestimation of risk, may indicate a rather less negative view on life perspectives and less emotional and behavioral reactivity to adverse events such as falls, leading to a higher quality of life and allowing to be more physically active thus counterbalancing objective risks. Results seem encouraging, as they translate mismatch classification (inadequate perception) into a positive direction, documenting unexpected remaining resources in a large subgroup of persons with moderate dementia.

While traumatic fall events are associated to fear of falling, the study findings indicate that a mismatch of subjective and objective risk seems not to be a general and high impact factor for risk or falling even in PwD, allowing fewer concerns to motivate such persons to take part in active prevention programs with increased risk exposure such as exercise programs.

About the Journal of Alzheimer's Disease
Now in its 23rd year of publication, the Journal of Alzheimer's Disease (JAD) is an international multidisciplinary journal to facilitate progress in understanding the etiology, pathogenesis, epidemiology, genetics, behavior, treatment, and psychology of Alzheimer's disease. The journal publishes research reports, reviews, short communications, book reviews, and letters-to-the-editor. Groundbreaking research that has appeared in the journal includes novel therapeutic targets, mechanisms of disease, and clinical trial outcomes. JAD has a Journal Impact Factor of 3.909 according to Journal Citation Reports (Source: Clarivate, 2020). It is published by IOS Press. j-alz.com